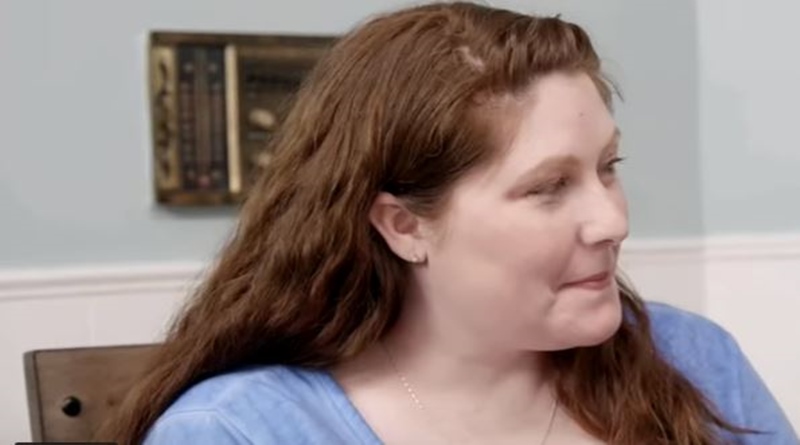 Seeking Sister Wife fans slammed Paige McGee across social media for the way she treated Brandy. The trouble with Paige is she’s on the show because she apparently wants to live in a plural family. However, it’s obvious she’s not really into it. Finally, Brandy, who seems very nice arrives on the scene. Later, we hear Paige saying to Bernie, “this is not normal, I don’t want to do this.” Some fans think she should make up her mind already. Others hate the way she took it out on a very nice person.

Paige seemed very hostile to the idea of Brandy. For fan’s, it’s inexplicable that someone on the plural family show doesn’t want a sister wife. In her own words, Paige said to Bernie, “I just want a husband, wife, 2.5 kids and picket fence.” But that came after her initially saying she’s ready for another shot at finding a sister wife. So, here comes Brandy, who met them via the internet, and Paige acts like she never expected her?

Paige, totally up front, now says, “I don’t want to do this.” However, Bernie does, presumably, TLC does, and Brandy took the brunt of Paige’s anger and jealousy. Fans of Seeking Sister Wife got angry because it all turned out traumatic for Brandy. In a previous episode, we saw Brandy visit for the first time. She seemed very nice. But now, Paige has issues because Bernie wants her over for another visit. Actually, it looks like Paige gets really upset when another woman comes along. In fact, she seemed to hope that Bernie hated Brandy.

It's time! ⏰Are the Snowdens ready to make a big commitment to Vanessa? #SeekingSisterWife starts NOW!

Fans slam Paige over her treatment of Brandy

It seems to Seeking Sister Wife fans that poor Brandy stood no chance. Actually, Paige seemed determined to chase her away before she even fully explored them as a couple. In fact, Bernie predicted the “ship would sink” if they both didn’t get on board. He looked sad, as he obviously liked her.

In fact, Bernie was “afraid that if Paige makes him wait too long, then Brandy will move on.” Eventually, Paige decided she needed to spend more time with Brandy to “see if [they’re] gonna pursue this any further.”  But when Brandy came back, Paige treated her awful. She was even mean to her about the way that she should fold towels.

Brandy, like any right-thinking woman, went away, obviously hurt. Meanwhile, fans almost feel glad for her that she “got away for the time being.” They feel that Paige drove Brandy away by deliberately being as mean as she could be. It’s becoming more obvious that she really doesn’t intend sharing her husband.  If that’s the case, fans just don’t want her on the show again.

What do you think about Paige McGee behaving badly towards Brandy? Do you think she deserves being slammed for it? Have your say in the comments below.

Remember to check in with TV Shows Ace often for more news about Seeking Sister Wife.