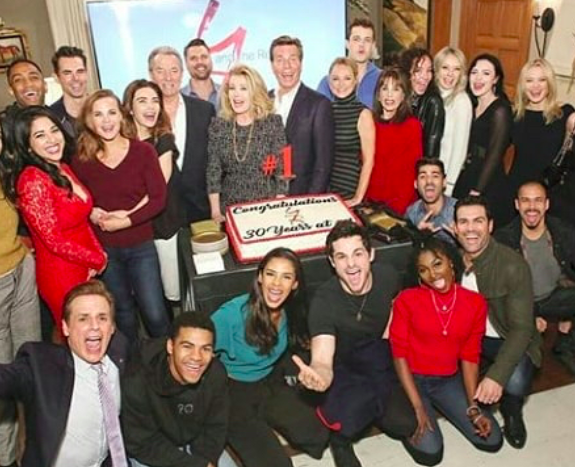 There is seldom a dull moment in Genoa City.  This week things are going to heat up with the exhausted JT plotline finally behind viewers of The Young and the Restless .  Thank goodness.  Spring has finally sprung, and fresh plotlines are here.  While some familiar faces have recently made appearances, many new faces are coming to town.  There are recasts and even some new faces making appearances this week.

When Eileen Davidson made her exit from the series, she made it very clear that her character would not be returning unless there was a good reason and only for a short time.  Ashley certainly makes an impression when she returns to Genoa City, after leaving for Paris and starting her own cosmetics brand.  When she came back, she caused quite a stir, getting Phyllis voted out by the board of directors in favor of Jack.  I suspect Jack will not last long when Genoa City men scheme they generally do a poor job.  That, however, is just business and the least of Jabot’s issues.

Jabot has had the patents to their new product launch stolen, and suddenly Kerry is using a British accent.  This week, Ashley will make a shocking revelation about Kerry.  The woman in the Jabot office is not Kerry at all but an imposter.  The real Kerry is working in Paris for Ashley.  If Jabot wants their patents back, they will have to make a devilish deal with Ashley and possibly sell out.

A Not so Groovy Kind of Love

There is trouble in paradise for many of the couples.  Unsurprisingly, Kyle finds himself tempted by Summer, again.  It is only a matter of time before he finally gives in to his more carnal desires.  Here’s to hoping it is soon.  Kyle needs to be honest with himself; he is into Summer and her shady, morally bankrupt ways.  Their hearts match.  Lola, on the other hand, needs to ignore him and work on not rejecting her new liver.

Meanwhile, fresh off her murder trial, Victoria skips town worrying Billy and Nikki.  She leaves and ends up in Vegas where she checks into a hotel under an alias.  Not long after her arrival, a photo surfaced of her posing with a band. She ends up becoming close and romantic with a musician, Brandon.  Brandon is played by Mitch Eakins.  He will make his first appearance on Wednesday, April 3.  What will become of Victoria?  Perhaps a fresh start is healthy for her?  After all her abusive and assumed dead husband recently re-entered her life.  Victoria deserves love, and a fling wouldn’t be the worst thing she could do.  Let her live.

Find out more about Victoria and her new beau weekdays on CBS on The Young and the Restless.