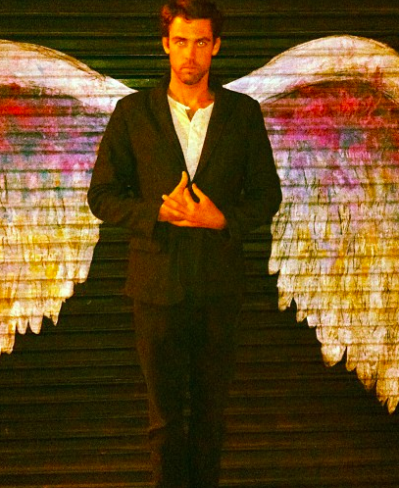 Mitch Eakins is an actor most viewers are already familiar. They might not know it yet.  Eakins is an actor and director who has been steadily working in entertainment since 2006.  Soap fans might recognize him from a recent run on Days of Our Lives, where he played a physical therapist, Peter Clark.  His film work is extensive. He is marking a brief appearance on Y&R to get Victoria out of her funk.  He will be playing a musician named Brandon.

Tough Guy with a Heart of Gold

Brandon has been described as an edgy, sexy singer.  This character sounds like quite a tall order.  Images of Bradley Cooper as Jackson Maine dance in viewers heads.  Victoria has understandably had a rough time in Genoa City.  She overcame a ten-year jail sentence and near death at the hands of JT in a gas explosion.

As though that is not enough, there is some major boy trouble in the mix.  Reed Hellstrom out and out rejected her and Billy is altogether too interested in Victoria.  Brandon might be described as a bit annoying.  It won’t, however, take long for a worn out Victoria to realize that Brandon is also not from Genoa City, handsome, and in a band and change her mind.  He is annoying until he isn’t anymore.  After all, Victoria isn’t even herself while she runs off to Las Vegas, she uses an alias.  This plotline should be fun and add some levity to a character who has been at the center of an overplayed plotline.

Mitch Eakins may not be a household name yet but, he should be.  He has been working steadily in the industry for over a decade.  Video game fans may recognize him from some of their favorites.  He provided voices for Call of Duty: WWII and Red Dead Redemption II.  That little voice in your ear, while you slam away at your controller, is none other than Mr. Eakins.  He has also made appearances on shows such as  Seal Team, Nashville, and Dolly Parton’s Christmas of Many Colors.  His plot arc is a short one but perhaps because he is so busy.  His IMDB page lists a number of other projects that are either in the midst of wrapping or are already in post-production stages.

Eakins should be a household name given the breadth of his work.  He hasn’t been handed enough opportunities to shine as the top banana in production lately.  Perhaps his run on Y&R will shed light on his talents and give him a platform to move forward. No one is complaining about an edgy, sexy singer appearing on-screen.

Watch Eakins and his plot arc weekdays on CBS on The Young and the Restless.  His first appearance happens on April 3.