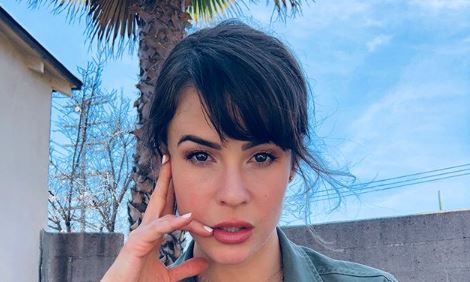 April Fool’s Day came a week early to Salem. Last week, Diana (Judith Chapman) revealed to Leo (Greg Rikaart) and John (Drake Hogestyn) that she lied about John being Leo’s father. What kind of tricks do the residents of Salem have for viewers this week?

Maggie’s Not Happy with Sarah’s News

Despite kissing Eric (Greg Vaughn) and confessing to Rex (Kyle Lowder,) Sarah (Linsey Godfrey) announces her re-engagement to Rex. Mom Maggie (Suzanne Rogers) is not happy about the news. This will shake things up on Days of Our Lives.

Throughout the week, she gives first Sarah and then Rex a stern talking-to. She even considers telling Sarah about Eric’s feelings for her. Eric considers the same thing, despite his promise to God to forget Sarah if Marlena (Deidre Hall) woke up from the coma.

Eve (Kassie DePaiva) has been in cahoots with Claire (Olivia Rose Keegan) to get Haley (Thia Chen) deported. Eve thinks it will help Jack’s (Matthew Ashford) mayoral campaign. While Claire just wants Haley away from Tripp (Lucas Adams.) As fans know, Tripp married Haley so she could get her green card and the duo had to put on a convincing performance for the immigration officials.

Eve and Claire were discussing some big plan of their last week when Jack walked in. After speaking to Jack, Eve changes the plan in a way that Claire doesn’t like. At the end of the week, Eve has a big announcement that rocks the residents of Salem. Could it be her upcoming wedding to Jack?

Is JJ onto Claire?

Haley isn’t Claire’s only problem! JJ (Casey Moss) recently discovered the lighter from the fire Claire set last year at the cabin. The fire almost killed Ciara (Victoria Konefal.) Everyone in Salem thinks Jordan Ridgeway (Chrishell Stause Hartley,) but now that JJ is suspicious, it might not take long for the entire town to know the truth.

Speaking of Jordan, last week she dropped a huge bomb on Rafe (Galen Gering). A baby bomb! While Jordan is in jail and Rafe heads to California for more details on his baby with Jordan, Lani (Sal Stowers) takes care of the baby. Lani immediately forms a bond with the baby and soap fans know that will mean trouble when it’s time to give the baby back.

Rex continues to try to find out what’s wrong with Will (Chandler Massey.) Will collapsed and is in the hospital. Now that Will’s love Sonny (Freddie Smith) is free from his marriage to blackmailer Leo, Will’s medical issue is their newest roadblock to being happy.

Don’t miss it all go down next week on Days of Our Lives.

Todd Chrisley Calls Chase ‘Stupid F*ck’ In Rare Outburst – Hear The Shocking Footage
Adam & Danielle Busby Tickled By Hazel’s Wild, Unique Fashion Sense
’90 Day Fiance: The Other Way’ Spoilers: Did Ellie & Victor Break Up?!
How Many Episodes Are In ‘When Calls The Heart’ Season 9?
Molly? Tori? Who The Heck Is Pushing Lilah Roloff At The Zoo?!