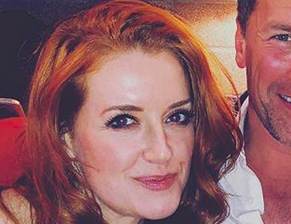 She seems to enjoy being a part of the show and there isn’t any news on her leaving. We don’t see her leaving at any point soon. She seems to have a very positive presence on the Hallmark Channel.

In addition to this role, she has also played Sally on Garage Sale Mystery. In both of these shows, she stars alongside Lori Loughlin. Now, there is some question about how these shows will turn out. Lori Loughlin’s college admissions scandal led to a break.

In the past, she has also played roles in a few Hallmark movies. One of these movies is Murder, She Baked: A Plum Pudding Mystery. Since she has all of this acting experience and is clearly talented, she was offered a role and accepted it.

What movie has When Calls the Heart star Johannah Newmarch been cast in?

Johannah Newmarch recently got cast in A Cinderella Story: Christmas Wish. At this time, the movie does not yet have a release date. Of course, it will likely be released around Christmastime, but we aren’t sure exactly when. We also don’t know if it will be ready this year or next year.

Filming is currently taking place in Vancouver, Canada. The movie is being produced by Front Street Pictures Inc. in association with Blue Ribbon Content for Warner Bros. Home Entertainment. It’s not a Hallmark Channel movie even though Johannah Newmarch has spent much of her time with Hallmark so far.

A Cinderella Story: Christmas Wish has been described as a contemporary musical. Johannah Newmarch got the role of the evil stepmother. Laura Marano, who is the lead, will be starring alongside her. Gregg Sulkin has been cast as Cinderella’s love interest. Lillian Doucet-Roche and Chanelle Peloso are playing the roles of Joy and Grace, who are the stepsisters.

Are you looking forward to A Cinderella Story: Christmas Wish? Are you a fan of Johannah Newmarch? Let us know in the comments!