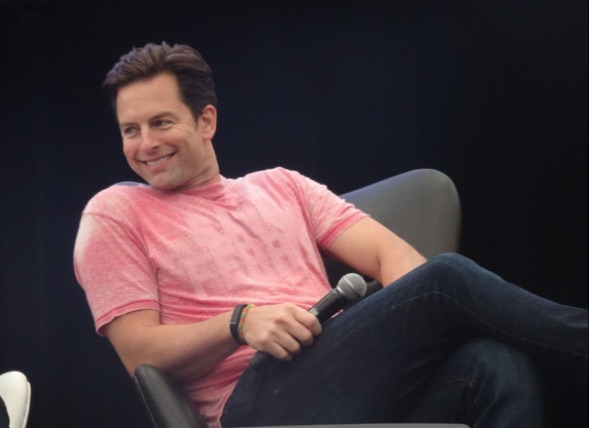 Former Young and the Restless star Michael Muhney has been suspiciously absent from social media since January 27. Where has he been the last two months? And is the dream of fan favorite Muhney becoming Adam Newman now over?

As TV Shows Ace previously noted, there were two occasions that Muhney fans would have expected that the former Y&R star would have broken his silence. First, on February 3, his former costar Kristoff St. John, who portrayed Neil Winters passed away. It was very uncharacteristic of him to not post anything about the death of his former costar, although Kristoff had originally believed that Michael was fired for the defamations. According to She Knows, Kristoff had later apologized for being mistaken.

Then,  on March 6, Jeopardy host, Alex Trebek announced that he has stage 4 pancreatic cancer. Michael lost an uncle to that form of cancer and has done a lot of charitable work and fundraisers to help find a cure. Again, this was unusual for the actor that supports this particular charity that is close to him.

Although Michael Muhney has not posted anything himself, he has been tagged on social media quite a bit. Where has Michael been the last two months?

Michael Muhney’s last tweet was from his photo shoot. His son Truman had joined him on this adventure, but Michael did not share the final headshots on social media. Fans who have checked out Michael’s page can see two black and white head shots of the actor. If Michael Muhney is taking headshots, does this mean he is auditioning for new roles?

We know nothing about that. Did he audition for the role of Adam Newman? His fans would love to see him portray Victor Newman’s youngest son. Right now, Soap Opera Digest has reported that a “spokesperson”  has “confirmed” that Mark Grossman will portray Adam Newman on the Young and the Restless. There has been so many rumors surrounding a recast and whether Muhney or another actor would be recast as Adam that it is hard to feel comfortable making a firm announcement without the direct confirmation from the CBS show, or Muhney posting on his social media that he is or he is not going to reprise his role as Adam Newman. So far, he has not done anything like this.

Michael And Derek Muhney Catch Up with Their Mom

On February 25, Michael’s mom posted a photo with her favorite Adam Newman and her other son, Michael’s brother Derek. She explained that the photo was taken at 6:00 a.m. and that she lacked makeup. She did have a cutie pie chihuahua dog in her hand instead.

Michael has a huge smile for the camera and it is clear that he got his wide smile and dimples from his mom. Muhney fans who have heard Phil Gaimon’s podcast interview with him know that she encouraged him to dream and pursue acting. His mom loved Alfred Hitchcock movies and that was a huge influence on young Michael. In this tweet she does not account the reason for this mini-family reunion, but it is good to see Michael looking so handsome even at that early time of day.

❤️ My boys. @michaelmuhney and @Derek__James #proudmom #happymom
(If I look tired, it was a no makeup moment at 6 am, lol!) pic.twitter.com/A6vrYkCHAA

In March, Michael Muhney has spent quality time with his biking riding friends, including Phil Gaimon. Gaimon is a former professional road racing cyclist who also hosts the podcast The Peloton Brief. On March 13, Phil and Michael enjoyed the incredible migration of the monarch butterflies in California. Michael was so moved he even imitated a butterfly. Pretty fun stuff!

The monarch butterfly migration is coming through LA and it’s insane. Then if you can’t tell by the video here’s @michaelmuhney doing an impression of a butterfly pic.twitter.com/irdAfl71FU

Most recently, on March 24, Michael’s youngest child, Truman, had a cameo with his dad’s bike riding pals, including Phil Gaimon, who posted this photo on his social media. Where is Michael? it could be presumed that he took this photo, but we don’t know for sure. What we do know is that Truman looks quite adorable!

Fans who may have been concerned by Michael Muhney’s Twitter silence should be reassured that the actor looks quite happy. Why hasn’t he posted anything? This is the biggest mystery. Why has he not posted these photos himself, or posted a comment on the Adam Newman recast? Perhaps Muhney does not want to disappoint fans or get their hopes up until he has landed a role somewhere. This is all a huge mystery.

Have you been following Michael Muhney since his Twitter silence? Why do you think he has been silent on his own social media? Share your predictions below. Make sure you don’t miss new episodes of The Young and the Restless weekdays on CBS.