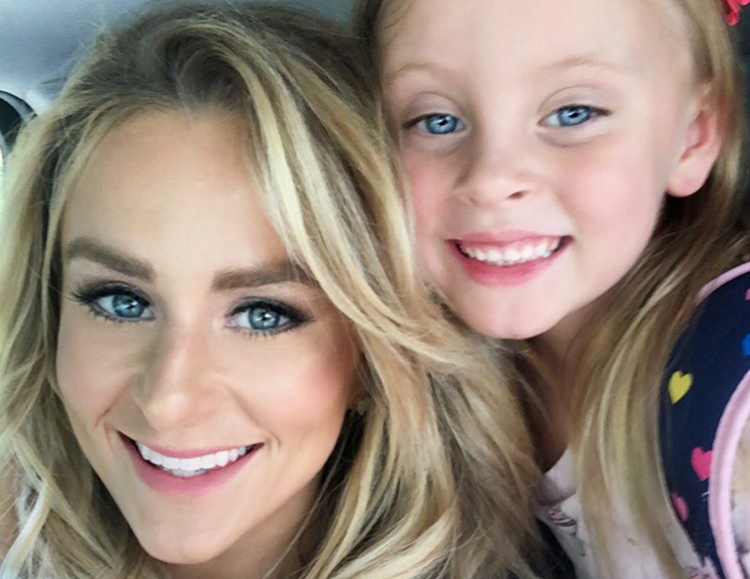 Leah Messer of Teen Mom 2 recently told fans that her youngest daughter, Addie, was in the hospital. Addie is currently six years old. She is one of Leah Messer’s three children.

When Leah Messer first mentioned that Addie was in the hospital, it was unclear what exactly was happening. One social media post showed the young girl in the emergency room, but not many details were given at the time. Once her daughter was able to leave the hospital, she shared the details. Addie had been diagnosed with mono.

Though Addie was given a diagnosis and was released from the hospital, blood tests are still being done. Leah Messer didn’t specify why or share any more details about these blood tests. They are likely routine to ensure that Addie was properly diagnosed.

When Addie was in the hospital, Leah Messer shared a few photos. These pictures are of Addie in the emergency room. In the caption, the mom said, “Even though she’s sick she was making everyone laugh in the ER. WHAT. A. DAY. Keep our girl in your prayers! 🙏🏼” From the pictures, it’s easy to see that Addie is a joy to be around. She seems to be cheerful despite being sick.

Even though she’s sick she was making everyone laugh in the ER. WHAT. A. DAY. Keep our girl in your prayers! 🙏🏼

Teen Mom 2 fans react to Addie being in the hospital

When Leah Messer posted about Addie’s hospital visit, fans began sharing words of encouragement. Here is what some of Leah Messer’s followers had to say:

It sounds like little Addie has a lot of fans and supporters too. Plenty of her mom’s followers had something to say about the young girl’s spunky personality. Of course, they also said they want her to get better and that she’s in their thoughts.

Addie’s father, Jeremy Calvert, spent some time with his sick daughter while she was in the hospital. His work schedule sometimes gets in the way of him seeing Addie, but he made the time to see her when she was sick.

Did you know about Leah Messer’s daughter being in the hospital? We’re glad she’s recovering and getting better quickly!