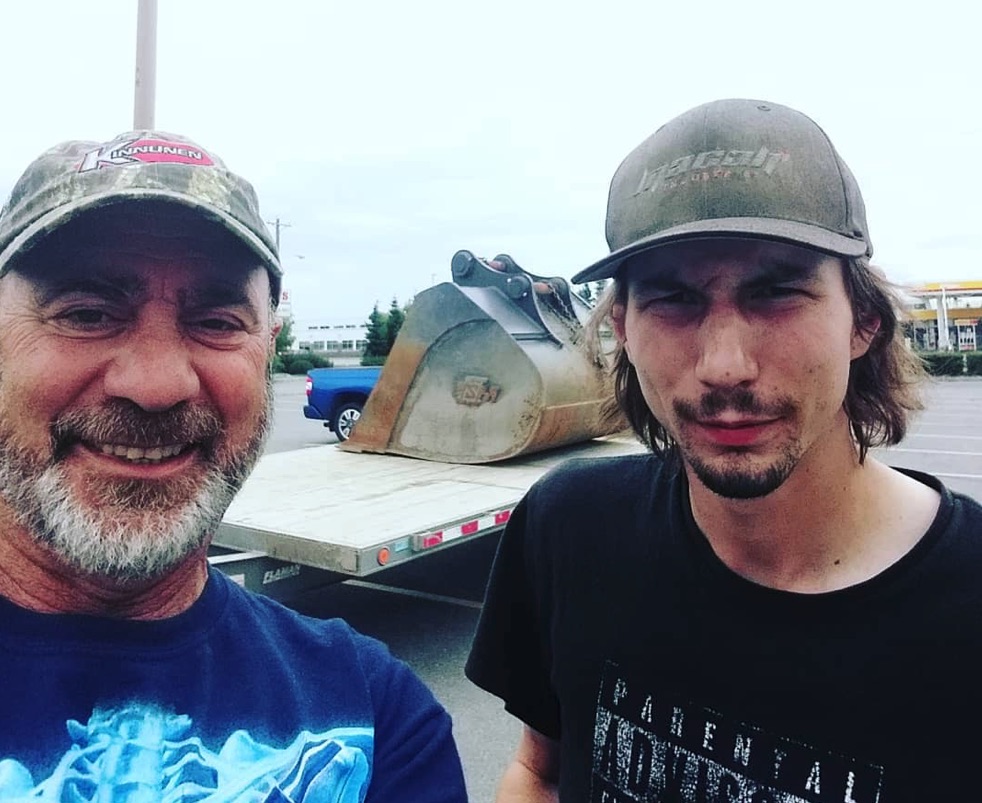 Gold Rush Season 9 just finished airing, with some incredible totals. Parker Schnabel’s finale campfire gold weigh -in turned out a total of 7,427.25 ounces for Season 8. Rick Ness, who was told that you never make money that first year, weighed in a total of 1,105 ounces for the season. He was able to give his friends jars of gold, and it made him the first rookie gold miner that actually made money. Then Tony Beets, who gave up his quest for 6,000 ounces of gold, wound up weighing  gold at over 4,000 ounces. Fans of the Viking certainly want to see him beat Parker next season, but will there be a Gold Rush Season 10?

According to Renew Cancel TV, Discovery Channel has not officially announced that there will be a Season 10 for fans to look forward to. Yet, it appears that there will be another season based on the conversation with all three miners on The Dirt, with Christo Doyle. It appears that for the time being, Gold Rush is going to continue to air on Friday nights on Discovery. They just don’t seem to care about crossing the t’s and dotting the i’s. Then again, everyone knows how great this show is. Why would Discovery ever ax it?

Parker Schnabel Will Strike Out On His Own

Whether there are Discovery cameras following him or not, Parker Schnabel will go out on his own in Season 10, This is the natural step for this long-running, coming of age story. Originally, he worked his grandpa John’s claim. This is where he learned how to become a gold miner from a young age. Then, Tony Beets took teenage Parker seriously, as he agreed to let him lease land for a rather large percentage. Minnie Beets always admired how hard Parker worked and encouraged the relationship. She has to be counting her blessings, because Dredge #2 has taken two years, and countless expense and it is still not running. Parker’s commission on the land he leases for Tony has brought them millions.

Throughout the many seasons, Tony and Parker didn’t always have the best relationship, yet, in the end, Parker admitted that Tony was the only guy that gave his younger self a chance. He would not be this huge success without Tony Beets. This was a huge Parker Schnabel revelation at the end of Season 9.

Should Gold Rush go into Season 10, Discovery fans will see Schnabel continue to grow as an entrepreneur. He will really go out on his own now. We will also see how he deals with new landlords, and other stresses that a growing entrepreneur encounters. One thing is clear, his pal Chris Doumitt will be right there, guiding him and tactfully bestowing his wisdom. Parker has learned from his grandpa John, Gene Cheeseman and now from Chris.

Rick Ness Will Enlist Freddy Dodge And His Milwaukee Pals

When Rick Ness embarked on his first season, his beloved mother was dying. He admits he was ill prepared for his first season of mining. Longtime Gold Rush fans were a bit surprised to see such a seasoned miner forget so many details, but it is to be understood. Rick’s family always came first and he went through a heartbreaking time.

Rick told Christo Doyle that he will be bringing all but one of his Milwaukee pals for Season 10. Who is not coming? We will have to wait to find out. Meanwhile, Rick and Freddy Dodge have paired up again and have been looking at some land. Like Parker, Rick has teamed up with the experienced Freddy, who has a wealth of gold mining knowledge. What does this mean for Rick’s totals next season? Looks as promising as his acrobatic routine with Karla Ann!

Saying tonight is going to be ‘fun’ is an understatement on our part… 😜 #GoldRush pic.twitter.com/zWhwARODZH

Tony Beets has spent the last two seasons getting Dredge #2 moved. In Season 10, he will have to get it running and making some money, or he will have some explaining to do. Minnie cannot be happy that this process is taking so long. It sounds like his first rule of order is buckets. How long will that take? Hard to know. In addition, it sounds like Tony will finally allow cameras to be seen at a previously unknown stake. We may finally see some gold mining Viking-style!

Do you think that Discovery will cancel Gold Rush? Do you want to see a Gold Rush Season 10? Who is your favorite miner and who do you think will get the most gold if Gold Rush renews for Season 10? Share your favorites and predictions below in the comments field.Don’t forget, Gold Rush: Parker’s TrailSeason 3 will premiere on April 5, at 9:00 p.m., ET/PT, on Discovery.