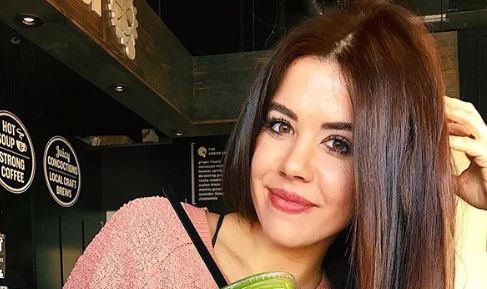 Nick Viall’s season of The Bachelor premiered in January 2017. Christen Whitney, then 25, was one of the many who vied for Viall’s heart. Whitney then went on to earn the unflattering moniker, “scallop fingers”, in a bullying incident on Bachelor in Paradise. However, Whitney has overcome far more painful obstacles than cruel teasing.

Two days ago, Whitney posted the following picture on Instagram, with a caption that began “Some of you will know what I am talking about, some of you won’t. If you know, you know. I’m not going to go into detail, but I did want to share with you guys what I’ve been learning this past month: In my past when something unjust happens to me or toward me, my knee-jerk reaction is to fight back. I’ve always been someone who can hold my own and pride myself in that. It’s hard for me to stay quiet or take a “high road” when everything in me wants to drop the truth. Fight fire with Fire.” 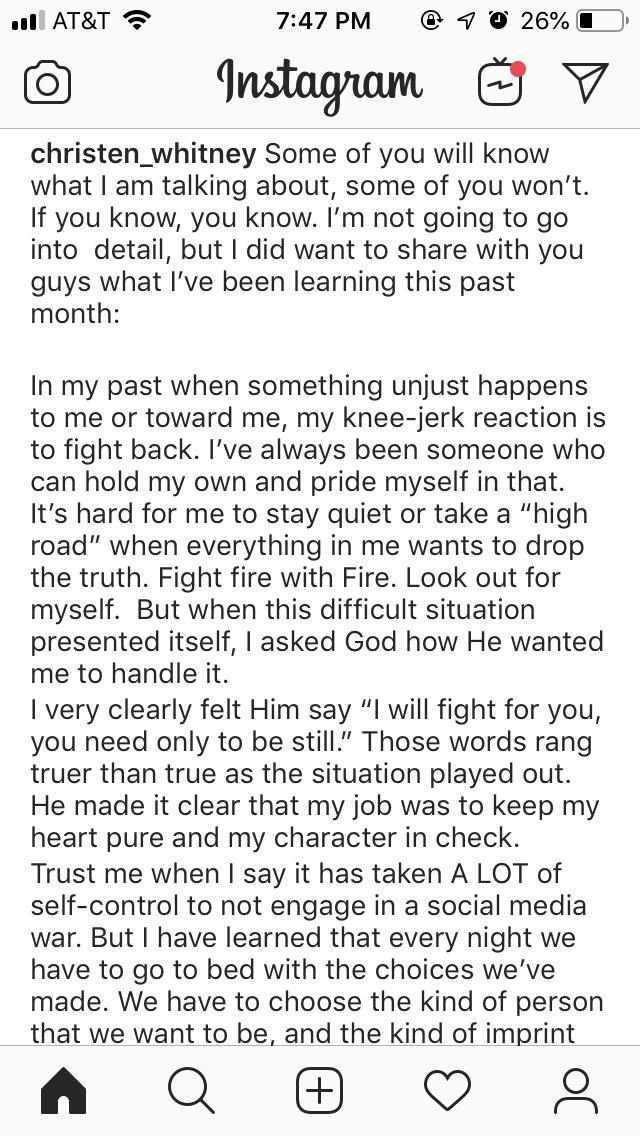 This caption came as a surprise to many fans who were unfamiliar with Whitney’s difficult past. On March 3rd, the reality contestant also referenced this past in a post she has since deleted. The post is featured below and goes into slightly more detail about her experience.

Who is Clayton Jennings?

In April 2017, the reality contestant was one of several women who spoke out against sexual and spiritual abuse inflicted upon her by Clayton Jennings. Jennings is a youth evangelist, author, and actor, who rose to prominence in 2011, when his self-produced film, “Strayland” became popular. In 2017, several women came forward and revealed that Jennings had been participating in extra-marital affairs and sexual assault. According to Whitney, she wished to remain anonymous at the time but was “manipulated” by article writer, J.D. Hall, who published his article with the website Polemics Reports. The website has since released reports that Jennings allegedly sent pictures of his genitals to a sixteen-year-old girl. As a result of these women coming forward, Jennings has left his ministry and lost a book deal (which Jennings denies).

Whitney posted a response to the incident after Jennings attacked the reality star, threatening her via Instagram. Jennings lashed out at Whitney, telling her that she had until 7 pm that evening to DM him, or he would “go live… with all I have”, meaning that he would release videos he allegedly had of her. 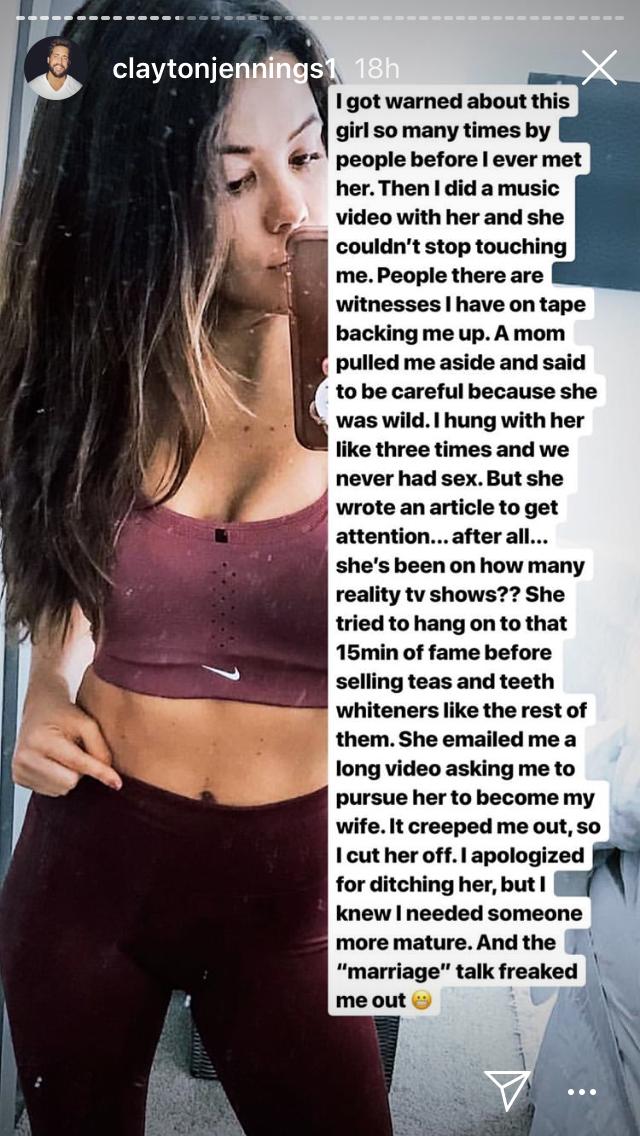 It is unclear whether Jennings and Whitney discussed anything in response to his message, but that evening Jennings posted pictures of the women who accused him from their Instagrams, using the way the women were clad as evidence that they were in the wrong. As of now, Christen’s photos are filled with support on Instagram, and Jennings has continued posting slam poetry on his Youtube channel.

She is very brave to be coming out and revealing her story. Experiencing sexual violence or know someone who is? Reach out to the National Sexual Assault Hotline.

Make sure you don’t miss The Bachelorette when it starts airing in May on ABC.