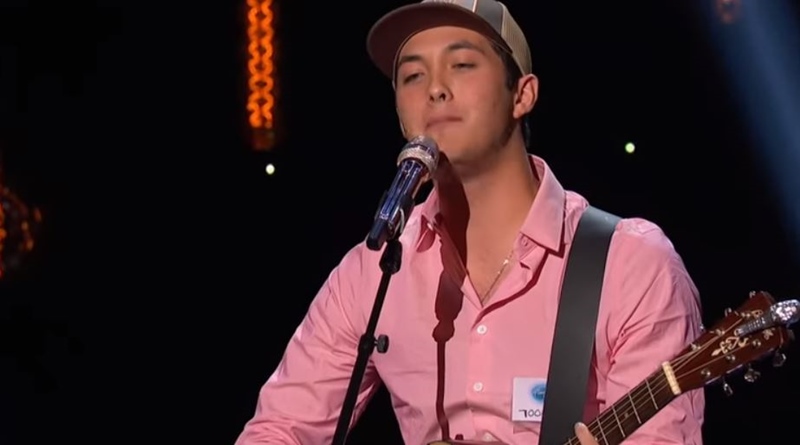 American Idol fans saw Laine Hardy accompanying Ashton Gill at her audition. However, Hollywood Week saw her sent home, while Laine got through to the Group Rounds. As Lionel Richie said during the elimination section, sometimes they have to send people home so that they can “go forward.” Actually, that’s exactly what happened with Laine last year.

In her interview on the American Idol, Ashton said that Hollywood Week’s hard, but that Laine being there to support her was very helpful. This week, she sang I Can’t Make You Love Me by Bonnie Raitt. At her audition, Katy Perry said that she needed to find the right song for her own voice, and she seemed more confident and stayed in tune. However, after and during her performance, other than a polite smile, Katy Perry didn’t look blown away.

Unfortunately, she didn’t make the cut. That was a bit sad, as, in her interview, Gill said, “I think I’m here for a reason and I think that I have what it takes to be the next American Idol.” Clearly, the judges didn’t agree with her. Nevertheless, that need not mean the end of the road for her. Laine managed to accumulate some fans last year and more and more people followed him. So, maybe we will see her back again in the future.

Laine Hardy’s confidence soared over the last year since he debuted in the show. In fact, talking about it, he said “I definitely feel better than last year about being here.” He added, ” I feel more confident this year.” That may not just be due to the fact that he’s got a second shot at it. On his Instagram, he spent the past year sharing covers and even his own music with friends and fans. He also played in a lot of music festivals and events.

After he failed to impress the judges with Fire Away by Chris Stapleton in the Solo Rounds last year, the judges commented on why they made that decision. Lionel Richie said he had to be able to sing his way through a tour. Judging by his performance on Sunday, Laine looks strong and confident enough to handle any future tours. He sang She Talks To Angels by The Black Crowes. Notably, Kay Perry was on her feet. His voice was strong and he looked totally comfortable on the stage. You can see it in the video below:

Over on his Instagram, Laine said, “Group Rounds here I come 🤟🏼🤟🏼🤟🏼 @ashtonbrookegill you have some big opportunities coming in the future, don’t ever give up! ❤️.” His own fans agreed, but most of them were just thrilled for their man. Here’s what some of them said to him:

What did you think of Laine’s performance? Do you think he’ll be in the Idol finals? Have your say in the comments below.

Remember to check in with TV Shows Ace often for more news about American Idol 2019.

Khloe Kardashian Reveals Truth About Relationship With Tristan Thompson: Are They Together?
Kody Brown: All Wives Worked To Support Family Before Going Public
Is Lifetime’s ‘Secrets Of A Marine’s Wife’ Based On A True Story?
Braunwyn Windham-Burke Is Dating This ‘RHOC’ Star
‘OutDaughtered’: Did The Seven Busby Girls Wear Down Adam?! See Photo