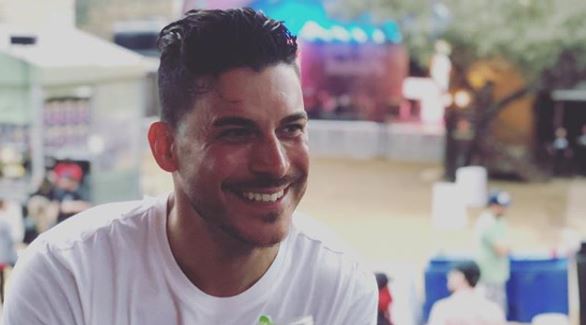 Last week in Tampa, FL. a few stars of Bravo’s Vanderpump Rules participated in a panel at Tampa’s annual film festival. Jax Taylor and Lala Kent appeared at the Suncoast Credit Union Gasparilla International Film Festival. They were there with Lala’s fiance and movie producer, Randall Emmett. Randall moderated the Q & A portion of the panel.

Jax’s soon-to-be wife Brittany Cartwright bowed out of the panel due to illness but showed up later in the evening for meet-and-greets. That left Jax and Lala to dish the dirt and answer questions from the fans.

Big News of Jax and Brittany

Jax Taylor revealed to the crowd he and Brittany recently bought a house a mile away from co-stars Tom Sandoval and Ariana Madix’s house. He teased that they weren’t the only ones. Three other cast members recently bought houses in the same area. He wouldn’t say who, but other sources say two of the people were Tom Schwartz and Katie Maloney. No word on who the third person is.

Buying a house is another big step in Jax and Brittany’s relationship. Last year, they were the focus of a cheating scandal and Jax was considering moving to Tampa to take a mysterious job offer coaching hockey.

Jax went on to say that he hadn’t been to Tom and Ariana’s new house yet, which made him “upset,” especially because Tom will be his best man in the summer nuptials. Jax does admit that they are all “busy,” and suspects that is why he hasn’t been invited over yet.

In my head Trying to convince myself that I am only goin out for an hour, then I have to get home… 📸 : @stephparisberks @mastrosofficial oh and thanks for the hoodie guys!! I love it! @leighton_ac @stephparisberks @jon_terravita @adventureclub #pumprules

Who Will Get Married Next?

Long-time couple Katie and Tom Schwartz were married back in 2016. Their wedding didn’t air until a year later during Season 5. Jax and Brittany are planning their summer wedding to take place in Kentucky this summer. Their wedding will be filmed and likely to air during Season 8, assuming Bravo renews the show. (It’s their most popular reality show, so the chances are high for renewal.)

Tom Sandoval would marry Ariana yesterday, but she’s not interested. During the Tampa panel, Lala discussed her upcoming wedding in 2020 to Randall, saying it will happen in Miami and won’t be filmed for the show.

Tune into Bravo Mondays to see all the drama between Jax and the gang on Vanderpump Rules on Bravo.

Is Lifetime’s ‘Secrets Of A Marine’s Wife’ Based On A True Story?
Ariel Winter Puts Cleavage On Display In Shirt With Plunging Neckline
Katie Thurston Warns Fans: Keep Your Unsolicited Advice To Yourselves
‘When Calls The Heart’ Star Chris McNally Joins ‘Riverdale’ In Mystery Role
‘LPBW’ Tori Roloff Opens Up About Miscarriage, Hopes For Another Baby