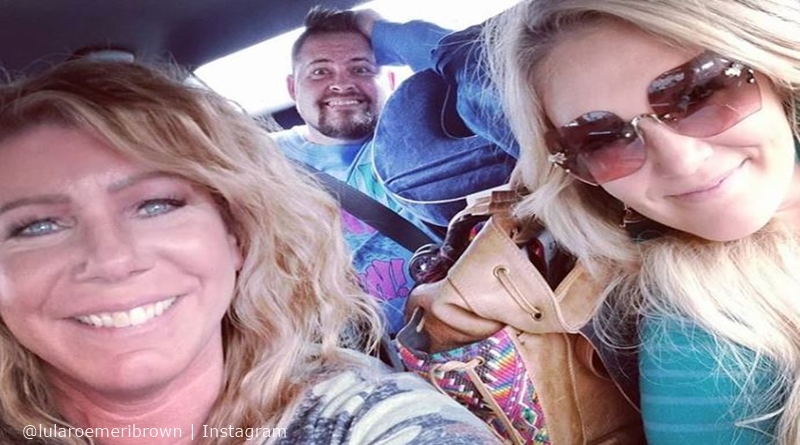 Sister Wives Season 13’s currently airing on TLC and as usual, Meri Brown looks miserable and weepy lots of the time. However, sharp-eyed fans noticed that when she’s apparently away from the Kody Brown clan, she looks radiant with happiness. Taking to her Instagram, Meri posted that she’s going to Puerto Rico with friends, and the photo shows her glowing.

This season of Sister Wives shows a different Meri to the one people see on her Instagram. Either she’s a very good actress, or she’s genuinely happier away from her sister wives. In the current season, we see Meri fed up and a bit sulky over the property in Flagstaff. Additionally, she gets weepy with Christine as she feels unwelcome and unwanted. Next, we see her unhappy again, over the loan for the BnB. Tearful Meri’s starting to wear a bit thin with fans of the show.

It could be that the family really brings no scandalous drama which lowers the ratings. Poor Meri picked on, or acting obstinate could be one way TLC try to ramp up a show about a pleasant sort of family. What angle they take, and what the Browns choose to share could veil their daily reality. In any event, when Meri’s out and about without Janelle, Christine, Robyn, and Kody, she looks like a very different person. Mind you, that’s something fans presume when she posts up about her travels. Nobody knows for sure that she’s alone.

Radiant Meri away from Kody Brown and the other sister wives

In her latest post on Instagram, Meri smiles a huge smile and looks happy and vivacious. Many fans commented that she looks happy without the other wives and without Kody. Some even asked her if Kody went along too. However, she never answered. She’s going to Puerto Rico, she explained in the caption. “Puerto Rico here we come! Looking forward to the next week of cruising with friends! Good times are comin’!” Anyone sailing off to Puerto Rico would smile, it can be argued, but it’s not just that post.

Many posts going back beyond the filming of Sister Wives Season 13, show the same thing. November 2016 showed another happy photo as she met up with a friend. In fact, her personal MeriBrownOriginal account showed plenty of such happy photos as she hit the road for a trip to wherever. However, that account seems to no longer exist. But, her @lularoemeribrown account shows just four photos of her with Kody and just one with any of the other wives in the last year. And, nope, she’s not looking her usual radiant self.

Where is Kody Brown – is he with Meri?

Of course, Sister Wives fans suppose that Meri’s not with the rest of the Brown clan as she heads off to Puerto Rico. Firstly, she never specified any family members with her, mentioning only friends. Plus, her hashtags are all about IndependentWoman. Also, it looks like a Lularoe outing judging by others using that name in their accounts.

Meanwhile, Janelle Brown took off this week to North Carolina. As they brought in her mum to look after the place, Kody may have gone with Janelle to see their grandchild, Axel. Also, as fans noted on Meri’s Instagram post, in the current season they mentioned Kody and Meri spend very little time together these days. Of course, those fans who assumed the other wives are not with Meri in Puerto Rico should bear in mind that Christine, Madison, Mariah, and Mykelti are all believed to do Lularoe.

What do think about Meri looking happy and radiant when her sister wives and Kody aren’t around? Do you think she may just cut them out the picture? Have your say in the comments below.