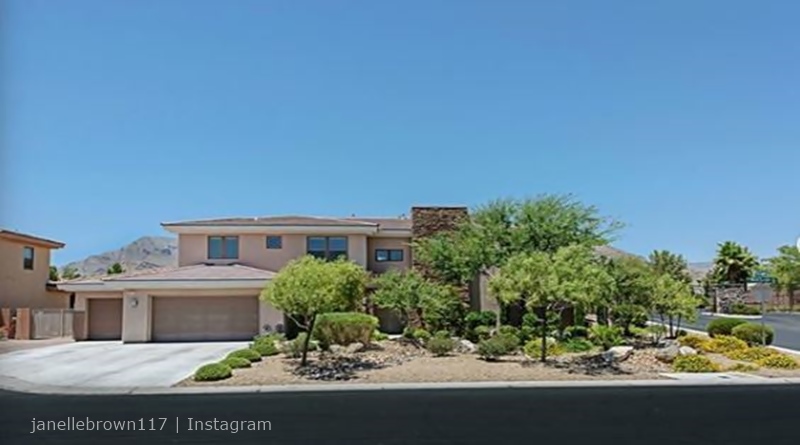 Sister Wives fans know from the current season that Kody Brown and the sister wives relocated to Flagstaff from Las Vegas. They hoped to sell their homes to pay for the new property in Coyote Pass. So far, only Robyn’s property sold, but Janelle Brown and the others still battle for buyers. In fact, Kody made a personal appearance at Janelle’s home but did not get any offers.

It looked like they hope squeezing under that $600,000 mark would make a difference to potential buyers. Radar Online reported that Janelle had dropped her asking price $50k. It seems obvious from the Sister Wives TV show that they need to sell these homes to cover their new expenses in Flagstaff. Robyn’s home sale must have helped a bit, but money troubles must be a concern right now.

It’s Open House weekend! I’ll be at our Las Vegas homes Sat 12-4 and Sun 12-3. Priced right at $153/sq ft and ready to be yours for the holidays. 🍁🎃🎄❄️For details please email teambrownvegas@tmirealty.net

When Kody made an appearance at Janelle’s house sale, things must have disappointed him badly. Nobody made an offer Radar Online reports. That setback actually saw them lower the price once again. Radar Online wrote, the Brown family “slashed the price of the home by $25,000!” If you look at the fact that it’s not only Janelle dropping her price, that adds up to a lot of money gone from the projected budget.

Kody Brown seemed desperate to move the Sister Wives family to Flagstaff, but unless the properties start moving, they could face financial hardship. Perhaps Meri Brown predicted such an issue when she raised the funds for her new BnB, Lizzie’s Heritage Inn without involving homes as collateral.

What do you think of the fact that Janelle Brown’s home in Las Vegas still has no buyer despite Kody Brown making a personal appearance there? Why do you think people don’t want these properties? Sound off your thoughts in the comments below.

Stay in touch with TV Shows Ace for more news about Sister Wives.