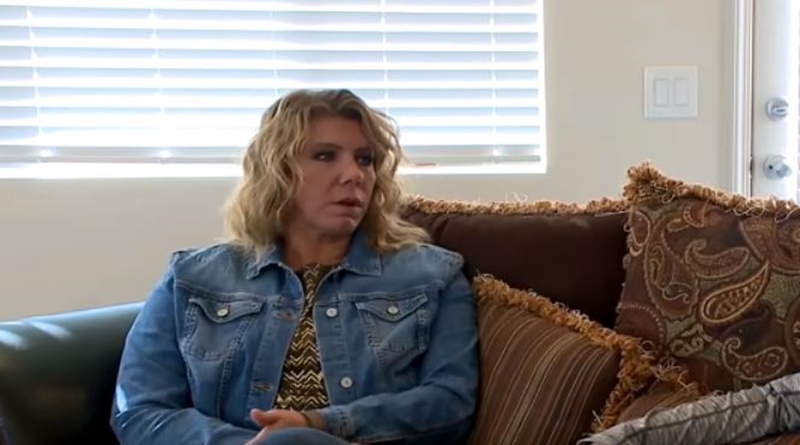 Sister Wives fans know that Meri Brown raised the funds for her old family home and turned it into Lizzie’s Heritage Inn. The B&B contains a treasure-trove of history, and now, Meri shared her Irish ancestry on St. Patricks Day. Of course, St. Patrick’s Day means green clover and beer emojis, so lots of fans of Irish extraction celebrated with her.

Across the world, people celebrated St. Patricks Day, and thanks to the Internet, many of them were able to connect with Meri. Meri Brown said of her Irish ancestry on Instagram that she might only be 1/16th Irish but she’s proud of it. In fact, many others with Irish ancestors are all proud of their ancestry as well. For some Sister Wives fans, it’s another bond with their favorite sister wife on the TLC show.

Some of Meri’s fans have a bit more Irish blood, while a few have less. Actually, it turns out that the Irish ancestry from Meri’s side comes from her “great, great grandfather, Charles Adams, the original “Irish Guy” in her family. She explained on her Lizzie’s Heritage Inn’s Instagram that Hillsborough, Down, Ireland was his birthplace.

According to Meri, Charles, just three-months-old, made the journey with his parents to Nauvoo, Illinois. There, “Latter Day Saints prophet, Joseph Smith himself gave baby Charles a blessing.” Later, the family relocated to Parowan, Utah. Aged eight at the time, he later met Sarah. Married, he built what became Lizzie’s Heritage Inn.

That kind of history passes away from memory in so many families these days. However, luckily for Meri Brown, the books, and many personal possessions, remain in safe-keeping. On her Instagram post, she was able to share some photos with her Sister Wives fans. Some of his books and a selection of his handwriting revealed a little bit more about her Irish ancestor.

Sometimes, when we stop and reflect, it’s hard to imagine entire generations once experienced life just like us. However, not everyone has treasured possessions or even stories of their ancestors to remember them by. Actually, that makes Meri Brown’s shared history even more special on St. Patrick’s Day.

Charles Adams pictured here, was born in Hillsborugh, Down, Ireland. At three months old his parents took the family to Nauvoo, Illinois where Latter Day Saints prophet, Joseph Smith himself gave baby Charles a blessing. His mother said it was “Instrumental to him being a good boy”. At the age of 8 Charles and his family settled in Parowan, Utah where he would meet his future wife Sarah and build for her what we would call Lizzie’s Heritage Inn. The books in this photo as well as the handwriting belonged to him. A little history for you about our Irish roots this St. Patrick’s Day! . . . . . #happystpaddysday #stpatricksday #bedandbreakfast #heritage #irishroots #handmadehome #historicalhomes #vintagebooks

Here’s what a few of her Sister Wives followers said about it:

What do you think about Meri Brown being a little bit Irish? Do you have Irish Ancestry and how do you celebrate St. Patrick’s Day? Share some ideas in the comments below.

Remember to check back with TV Shows Ace often for more news about Sister Wives. The current season airs on TLC, Sunday nights.