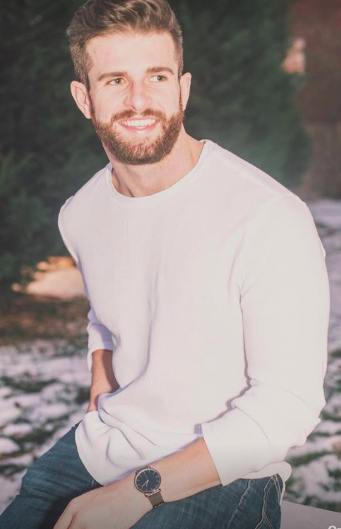 The Internet has been aflame for the past week.  Hannah B’s roster of men for The Bachelorette was released early, and people aren’t wholly impressed.  To the credit of ABC, this show has been on the air for over the decade. They were bound to run out of male models eventually. There exist a few diamonds in the rough. However, Jed Wyatt is one of them.  He is 25, from Nashville, a Capricorn who enjoys long walks on the beach, and a singer.  Reality Steve even claims that Jed has worked for a male revue in Nashville.  So that makes him Magic Mike, right?

Posted by Learn Guitar Fast and Easy by Jerry Wyatt on Tuesday, May 30, 2017

Jed Wyatt is very Nashville.  He attended Belmont University.  Here’s to hoping their basketball team performs well in March Madness.  Music is his life.  Most certainly, Jed sweats hot chicken and sweet tea.  There is seldom a better place to be than Nashville if you are young attractive and intense about music.  He indeed is serious about his music career; he recently dropped a single, “Vacation” on Spotify.  Undoubtedly, the show will be great for his visibility and in turn his music career.  Hopefully, he is on this season for the right reasons. His good looks and ability to play the guitar will keep viewers at home engaged. Reality Steve believes he will be a fan favorite from the beginning and will make a long run on the show. Steve is more often than not, right about his predictions.

He Works Hard for the Money

Happy Birthday to my son, my partner, my friend… Jed Wyatt . Twenty two years ago we battled a snowstorm to get our…

If you have ever watched television or talked to your fitness instructor, you know that careers in entertainment do not just fall into the laps of the talented.  They must work and “pay their dues” and also somehow find a way to pay bills.  While Jed’s appearance on The Bachelorette will undoubtedly raise his star, up until this moment he has been working hard.  On his Facebook, it becomes apparent that he has some side hustles including fitness training and dancing in his undies for bachelorette parties.  To say that he wants it would be an understatement.  But what exactly “it” is becoming more uncertain. Does he want the undying love and affection of Hannah B? Or would he prefer a role in Magic Mike the Musical?  Or maybe an entirely produced record?

Jed is undoubtedly one of the more handsome men on Hannah’s roster and the fact that he dances make him intriguing. The fact that he can play the guitar while looking handsome certainly makes him good tv.  I hope he is here for the right reasons and can leave the dancing to the side if he doesn’t find it fulfilling.