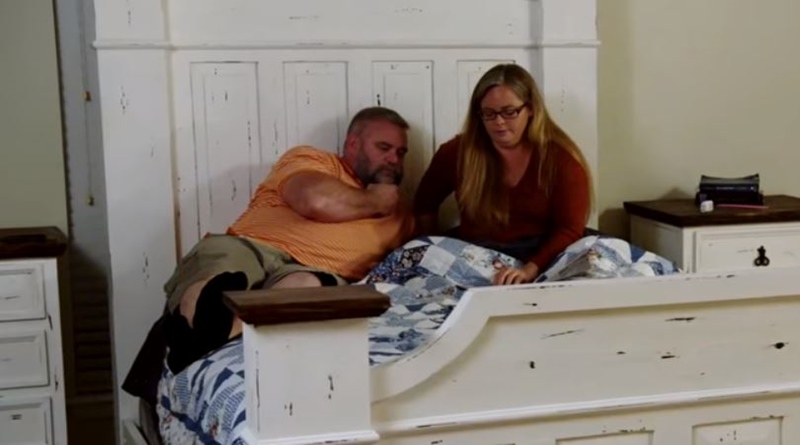 Seeking Sister Wife has some complicated dynamics this season with Paige and Bernie McGee.  In fact, fans and followers of the TLC show saw some unusual interaction with other family members. Incredibly, Starcasm reported on Saturday this week, that both Paige and Bernie ended up arrested. Now, their release from jail brings a bit more speculation.

TV Shows Ace also carried the story, noting it wasn’t clear who the stalking charges referred to.  Now, John Yates social commentator, reports the couple’s release. His tweet said the couple, “reunited with their children last night after being booked.” Unusually, it seems perhaps the arrest may involve Paige’s brother.

Released from jail, allegations of stalking

According to John Yates’ tweet, he confirmed the arrest with Paige McGee’s brother Patrick.  He notes allegedly the charges involve “stalking.” Yates adds, “Paige’s brother Patrick…also the victim.” When news first came out about the arrest, some fans thought that the stalking charge may refer to a comment allegedly made by Paige to the mother of a Down Syndrome child.

An apparent screencap of that message showed that Paige may have vilified the child and the mother. In part, it said, “at least my children have intelligence. You should know that it’s genetic so he got that disability from you. God never planned for children to exist who struggle with life and basic needs… your child has Down syndrome because of what a horrible person you are…God’s punishing you.” Many other nasty things were allegedly said.

The McGee’s were released from jail and reunited with their children last night after being booked with stalking charges against them both – I just confirmed with Paige’s brother Patrick who’s also the victim. #SeekingSisterWife pic.twitter.com/ugLszTZnbw

Charges of Stalking against Bernie and Paige McGee

Perhaps it is the unfortunate woman of a Down syndrome child who made a complaint. However, John Yates notes that Paige’s brother Patrick Marble is also a victim of stalking. In answer to a question by a follower, John confirmed this, saying that they stalked”Paige’s brother and mother,” adding that it seems like an old issue in the family.

Starcasm pointed out that Partick Marble posted a “video over the weekend showing Bernie taunting him, so it is being speculated that perhaps the video was evidence leading to Bernie and Paige’s arrest.”

Nevertheless, it’s doubtful that either party will elaborate any further right now, given that there’s a police investigation. So far, TLC never made any official comment on the arrest of Bernie and Paige McGee. How do you feel about what seems an intense family feud? Have your say in the comments below.

Remember to check in with TV Shows Ace often for more news about Seeking Sister Wife. The show currently airs on Sunday on TLC.