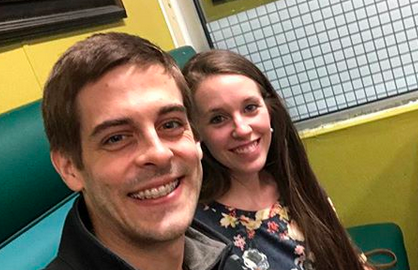 Derick and Jill Dillard originally got married in 2014. They didn’t court long before Derick Dillard decided to pop the question. As some Duggar fans know, it hasn’t always been smooth sailing for the couple. They have had their fair share of ups and downs.

From what we’ve seen, it seems like Derick Dillard may be causing some of their relationship issues. This isn’t to say that Jill Dillard doesn’t have a part in their rocky relationship, but her husband is certainly in the spotlight more often.

In addition, Derick Dillard has tweeted about adultery. In one tweet, he said, “He who commits adultery lacks sense; he who does it destroys himself.” Some fans began wondering if he had committed adultery or cheated on Jill Dillard. It seems suspicious for him to tweet this, but it could have just been advice he wanted to share.

At one point, Jill Dillard was seen reading a book called Letters to My Daughter: The Art of Being a Wife. After hearing about this, fans thought that she might be trying to work out some of their relationship problems. She may have needed advice. In this specific book, divorce frowned upon.

Could Derick and Jill Dillard get a divorce if they wanted to?

Some fans are wondering if Derick and Jill Dillard would be able to get a divorce. This question has arisen because of their religion. Typically, Christianity discourages divorce.

The entire Duggar family is conservative and Christian, which both oppose divorce. Because of this alone, they would likely receive a lot of backlash if they chose to get a divorce.

A few years ago, Josh Duggar had an affair, but he is still married to his wife, Anna Duggar. It seems like that would be reasonable grounds for a divorce, but the two didn’t split up.

In addition, Derick and Jill Dillard agreed to a covenant marriage. This is a different type of marriage that essentially makes it even more difficult for a couple to get a divorce. They probably did this because of their religion and because of their conservatism.

Does the couple appear to have a good relationship?

On social media, the couple makes it seem as if everything is going okay between them. They post about their date nights and share positive updates about each other. Previously, fans took their seemingly sweet posts as a sign that they’re staying together.

They also leave sweet comments on each other’s posts. This makes it look like their relationship is totally fine.

Usually, on social media, people will make their relationships look better than they actually are. This is something that many people do by posting the highlights of their lives and keeping the bad things to themselves. This could be their way of fighting back at any reported trouble in paradise.

If Derick and Jill Dillard decide to get a divorce, they may wait until their children get a little bit older. Based on their marriage covenant and their beliefs, they likely won’t get a divorce, even if things continue to decline.

Do you think that Derick and Jill Dillard will be getting a divorce? What do you think of their relationship?

Watch the rest of the Duggar family on Counting On on TLC on Monday nights at 9/8c! Be sure to check back on TV Shows Ace for more Duggar updates too!