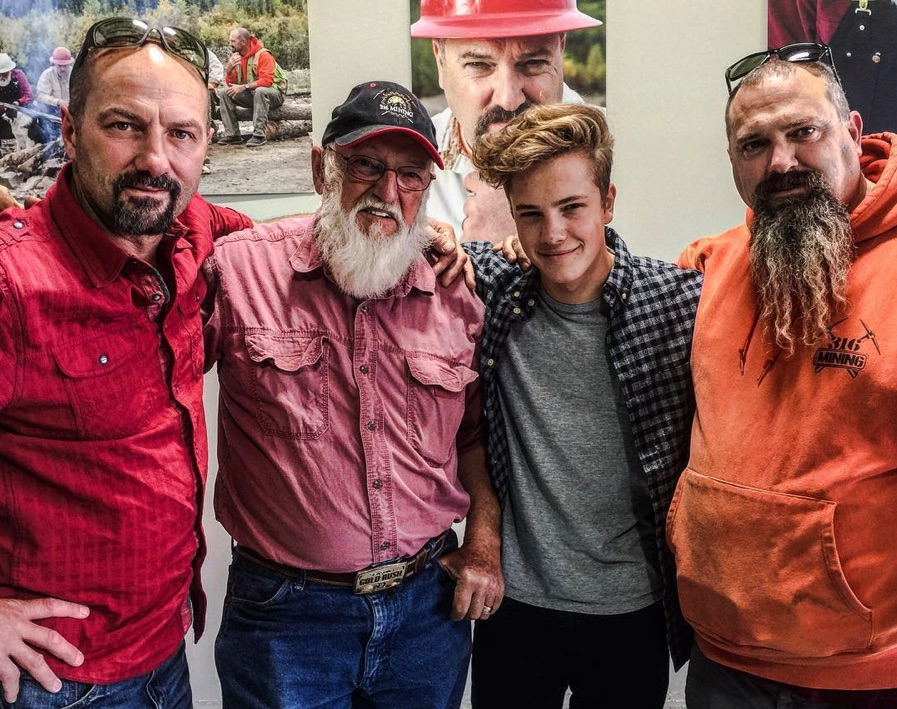 Gold Rush fans who missed watching the Hoffman crew during Season 9 may get their wish. It appears that there is a possibility that a member of the Hoffman family will be returning the Discovery show for Season 10. This is what we know so far.

Could A Hoffman Be A Mine Boss In Season 10?

Todd Hoffman has recently tweeted something that even The Dirt’s Christo Doyle could not ignore, and retweeted himself. A fan tweeted to the former Gold Rush star, “Todd we need you and your crew back on Gold Rush your are a big miss. Get yourself back to the Yukon and find yourselves a whole pot of gold and give Parker a run for his money.”

Instead of thanking the superfan for his sentiments, Todd added a little fuel to that fire by replying, “Hunters taking a look at it.” In a separate tweet, another fan asked if they would return, and Todd elaborated a bit more. “Haha, I don’t run the show. If Hunter decides someday to mine then I will back his play with Jack. We needed to go home. We are d0ing God’s work.” Does this mean that the Hoffmans could be returning to Gold Rush? it sure sounds as if Hunter goes back to the show, his dad and grandpa will be following him back!

Haha , I don’t run the show. If Hunter decides someday to mine then I will back his play with Jack. We needed to go home. We are doing God’s work. https://t.co/o7Q60bgWg2

Hunter Hoffman would certainly add something to the show. During the Hoffman’s frustrating Season 9, Hunter Hoffman demonstrated leadership skills, as well as strong mining skills. Like Parker Schnabel, Hunter is a third generation gold miner, and has grown up mining gold alongside his grandpa Jack, and his dad Todd. There is definitely a strong bond between Hunter and Jack that would surely appeal to the Gold Rush producers.

Like Parker’s coming of age story, Hunter is also at that age where he is ready to strike out on his own and prove his mettle. He has shown he has a good gold mining instinct, but he is still figuring out how to get grown men to listen to him. Fans are not about to forget how Hunter missed out on some major problems on the mine, because he was too busy texting.

Who’s watching Gold Rush tonight!?! Make sure to tag who your watching the show with! If you miss tonight’s episode don’t worry, you can find every episode of Gold Rush available on #DiscoveryGO right now. Just our little holiday gift to you. (http://bit.ly/GoldRushGO) #goldrush #teamhoffman #nogutsnoglory #hunterhoffman #discovery #316mining

Then, the young Hoffman and his pals got into some expensive trouble. They were fooling around and were cited by the safety inspector. This angered the crew, as their season was clearly a bust, but Hunter made amends. He agreed to pay the $30,000 fine, and in turn, earned the respect of the crew. Hunter realizes that everything is a learning experience. Does Gold Rush want another young mining boss? Sounds like Hunter is seriously mulling the idea. He recently recently retweeted a fan comment from his dad’s twitter page.

Replying to Todd’s hint that Hunter is “taking a look at it,” a fan replied, “I’m sure your son will do a good job, you guys are the best. Let Hunter go get that gold–give him a truck, another sluice from Fred and a pan, bring home the gold. Good luck.”

Now the question is whether the Gold Rush producers want to bring back the young Hoffman.

I’m sure your Son will do a good Job, you guys are the best. Let Hunter go get that Gold- Give him a Truck, Another sluice from Fred and a Pan bring home the Gold.
Good Luck 🍀

What About Greenhorn Gold?

Todd Hoffman had shocked viewers when he announced his departure from Gold Rush. The Hoffman crew story was what made the show in the very beginning. The crew of misfit, unemployed men who went gold mining to pay their mortgages resonated with viewers. But, after many seasons, Todd could no longer be away from his family for such long periods of time,  and he wanted to devote more time to his music as well.

He also became an executive producer for Züm Media. Their first show that is currently in development is Greenhorn Gold. In February, American Chopper executive producer Franco Porporino agreed to develop the new gold mining show.

Greenhorn Gold is reality show where inexperienced gold mining contestants compete against each other, in “blue collar,” gold mining competitions. Although 40 contestants, which will include both men and women, will start the show, only 20 will move forward to the second episode. After that, there will be a weekly elimination. The six contestants that remain get to go home with some gold in their pocket–about $200,000 worth of raw gold, for each contestant.

This show sounds exciting and a departure from anything currently shown on television. Although Todd has spent the past year publicly talking about Greenhorn Gold,  the world of television is a bit slower. Thus, there may be a window of opportunity for Hunter to return to Discovery, while the Hoffmans wait for their next big project to come to fruition.

Would you like to see the return of the Hoffmans for Gold Rush Season 10? Do you feel the show is now missing something without the Hoffman crew? Be sure to share your comments below. Don’t forget to watch the latest episodes of Gold Rush Season 9, and Gold Rush: Parker’s Trail starting on April 5, and Gold Rush: Dave Turin’s Lost Mine also starting April 5, all on Fridays, on Discovery.