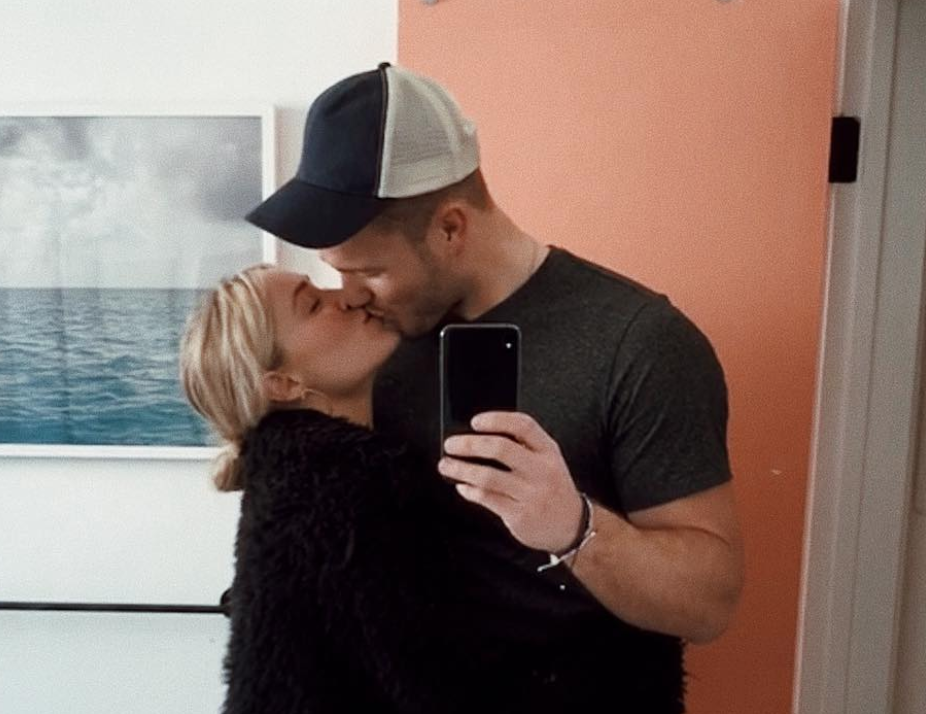 When the show finishes filming, contestants from The Bachelor are not allowed to reveal ANYTHING that says who won the show. This includes the actual winner. Of course, this makes it hard for them to see their new significant other. Cassie Randolph used a disguise to see Colton and the results were hilarious.

According to People, Cassie Randolph had to use a secret disguise to visit Colton Underwood. Not only is it funny that she had to use a disguise, but the disguise itself was pretty amusing.

Saige Neyda Davis, Cassie’s friend, posted a side-by-side on Instagram revealing what Cassie used as the disguise. The 23-year-old blonde bombshell transformed herself into what looked like Edna Mode from The Incredibles.

Cassie definitely agreed with the similarities. She posted the story on her own Instagram saying: “OH. MY. GOSH. AHAH.”

The disguise seemed to have worked pretty well though, so whatever keeps Cassie and Colton out of trouble is what they needed to do.

Introducing you to Peter Parker and Mary Jane…has anyone spotted these 2 around HB before? pic.twitter.com/uWTP87N0kv

So How Did The Bachelor End?

So what exactly happened on last nights episode? After sending two girls home and getting dumped by Cassie, things were looking pretty grim for Colton Underwood. However, things slowly started to turn around for him.

Colton went back to Cassie and told her that he sent everyone else home for her. While the two weren’t dating by the end of their time together, it was revealed while talking to Chris Harrison later that they are now in love and happy together.

They even got a special ring given to them on Jimmy Kimmel Live! since they weren’t able to get one while on the show.

MARY JANE. You are cute. pic.twitter.com/HW16ASCwux

Wait…What About The Bachelorette?

Of course, who wins The Bachelor is one of the most exciting parts of the season finale. However, it’s certainly not the only exciting part. They also announce who the next Bachelorette will be.

This season, Hannah B. will be looking for love on the big screen. She already got to meet five of her guys. In addition, she actually already gave out one rose. At least that guy can breath easy for a while! He knows he is safe.

Who did you want to be the next Bachelorette? Let us know what you think in the comments and stay tuned for more Bachelor Nation news!