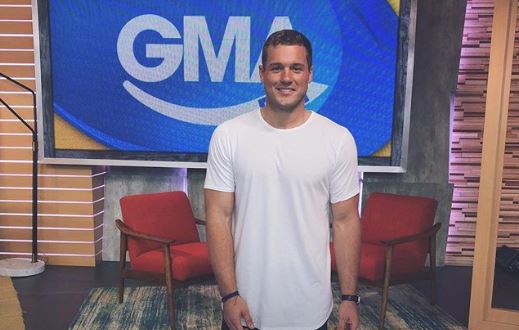 Last night’s live part 1 of the finale of The Bachelor was a train wreck. Most viewers want their two hours back. They lacked in footage in Portugal since there were no more fantasy suites of roses to be given out. The show tried to make up for it with in-studio guests.

What did Steve get wrong?

Hannah G’s time up on stage with Chris Harrison felt the most authentic and heartbreaking. She is heartbroken and feels cheated. After all, Colton constantly told her she was “home” and to trust him. Neither Tayisha nor Hannah B asks Colton if he and Cassie Randolph are an actual couple now. Both say that they are happy for him. Which makes it seem as if they are aware of Colton and Cassie’s real-life dating relationship.

Many are accusing Reality Steve of getting it wrong. Reality Steve’s spoilers had Colton running to Cassie’s hometown of California to win her back. During previews for tonight’s episode, we see that Colton and Cassie will be reunited at her hotel room in Portugal.  This footage could have been reshot. Why would Cassie still have been there especially after Tayisha and Hannah G hightailed it out within seconds of Colton breaking up with them?

Yes, I know him “chasing” her didn’t happen in CA like I reported. Damn. Got a 99 on the test this season instead of 100. If you’re gonna take the time to tweet that at me, save yourself the time. It’s not worth it. Hope I don’t need to explain how silly that seems.

Where has Tia been hiding out? We don’t need commentary from Ben, Jason and Garrett. Tia is the only other past contestant who would be worthy of sitting up there with Chris Harrison dissecting Colton’s journey for love.

The most classic line of the night was when Chris said to Colton, “What if she’s just not into you?” Colton never seems to stop and think that Cassie really might have been there for the wrong reasons as he was warned by many of the other girls, including Tayisha who it seems like he had developed a strong friendship with.

When Colton professes his undying love to her again on tonight’s episode and tells her he said goodbye to both Tayisha and Hannah, she really has no other choice but to try to make things work with Colton for the sake of her public image. How shady would she look if she still says, “Nah, peace out, I’m done.” Yet in the preview scenes shown, she didn’t seem remorseful. She flat out says that she is looking forward to going home to see her family and friends. Contestants who don’t receive a rose early in the season seem a lot more distraught about never getting to spend any more time getting to know The Bachelor.

It will be interesting to see how Cassie explains giving him a second chance when she was ready to leave him and their relationship behind for good in Portugal. Chris Harrison and the producers have been very tight-lipped about what to expect during Part 2 of The Bachelor finale tonight on ABC.

The finale is two hours long and includes the final outcome of Colton’s conversation with Cassie and the After The Final Rose catch-up session. They will let fans know how they are today.

Meanwhile, Reality Steve has revealed 15 of the Bachelorette contestants. Most of the guys are athletic with six packs so expect lots of shirts off. They do seem like they were picked for a southern sorority pageant girl (aka Hannah B.) Check out Sammy and all the other guys at RealitySteve.com and let us know who your early favorites are.

Reminder the next Bachelorette will be named tonight during the Part 2 of the finale. Will Reality Steve get it right that it is Hannah B? Share your thoughts below.