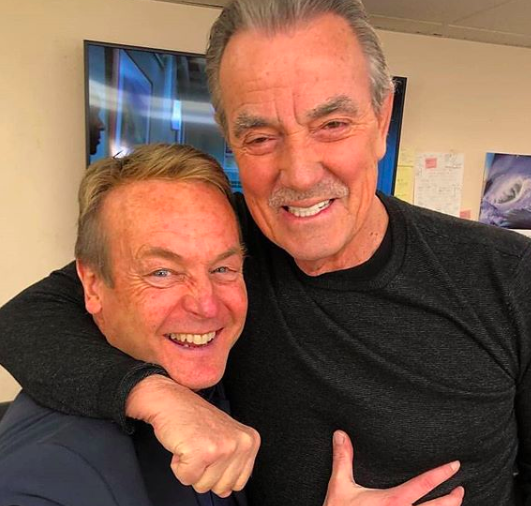 JT Hellstrom died, and now his murderer and her conspirators will come to justice.  Or will they? The whole plotline got convoluted and implicated nearly half the female cast.  It’s time for a Deus Ex Machina moment or for someone to kill the silly Mal Young tangent. Our savior comes this week in the form of Victor Newman, who won’t let his daughter, wife, and ex-wife take the fall without a fight. A shocking twist of fate for a character frequently considered a villain.

💥 A vicious attack and a brutal betrayal 💥 It’s all coming up this week on #YR.

Who is Victor Newman Anyway

Victor has been in Genoa City, Wisconsin since the 1980s and he has become such a mainstay of the franchise that viewers seldom question his backstory.  In spite of his evil ways, viewers have come to love his character.  So what do we know about Victor anyway, besides the fact he can rock a mustache?  As it turns out not a whole lot.  Initially, Victor Newman appeared as a guest actor slated for a short 10-week stint because viewers enjoyed his plotting and schemes so much he stayed.  Given this history, it makes sense that his backstory lacks context.

Victor Newman, born Christian Miller was orphaned by his parents.  He lived his childhood in an orphanage with a chip on his shoulder and a desire to become one of the world’s wealthiest tycoons.  Victor stopped at nothing to achieve his goal, even ditching the first wife upon sight of Nikki.  Notably, he changed his name to Victor Christian Newman.  Victor stands for “victorious” and Newman for “new man.” In the most literal sense, he is a self-man with a monomaniacal drive for success. He’s willing to take liberties to get what he wants, and there is no saying what he might try to save his family.

There is nothing stronger than a parent’s love for their child. ❤️ #YR

Spoiler pages and official intel from Y&R suggests that there was no body recovered and that Victor had a hand in the body’s disappearance.  Last week, courtroom video footage showed a gap in the logic.  Did Victor somehow recover his remains?

Answers point to yes.  Billy, Nick, and Victor put their heads together to bring back JT.  Perhaps he never died but, Victor held him hostage because he abused Victoria. Victoria and her mother killed him in self-defense. However, the Mal Young concocted cover-up that got the women in trouble…and immunity seeking Phyllis.

If we at TV Shows Ace were betting bloggers, we would put our money on Victor saving the day.  He is just slippery enough to get away with it without anyone noticing.  Not to mention Victor (and Eric Braeden) needs a win. He is a miserly curmudgeon, but that is why viewers love him so much.

To see how Victor’s plot unfolds watch Young and the Restless weekdays on CBS. It is going to be something you do not want to miss.