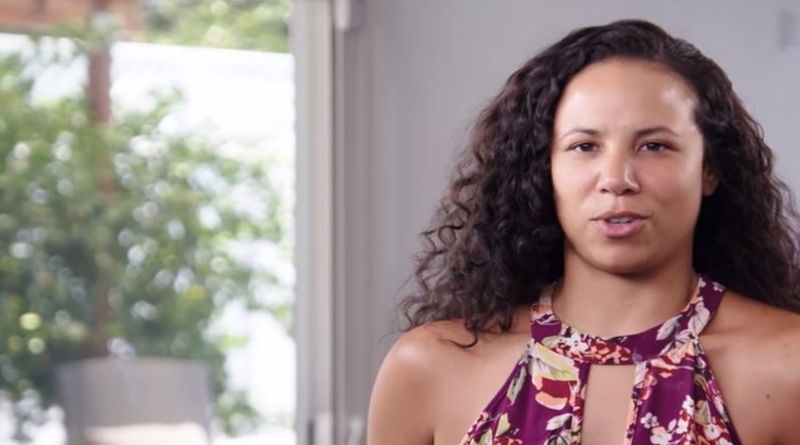 Seeking Sister Wife is a reality TV show about plural families by TLC. The current season features Dimitri and Ashley Snowden, and viewers saw their new girl Vanessa Cobbs enthusing about their relationship. During the show, we also got to meet Vanessa’s twin sister, who feels a plural lifestyle is wrong for Vanessa. However, is there a bit of fakery going on?

In a Seeking Sister Wife interview shared on YouTube by the Snowden couple, E! News talked to Vanessa about Dimitri.  In her interview, she said that she “was watching the show and saw it on Twitter Trending.” Then she added that she was like, “What is this show?” Then she began watching, and thought Dimitri and Ashley were ‘incredible.” After finding Dimitri’s Instagram, she interacted, and then he contacted her, Vanessa said. Apparently, that’s how it all went down and how she got involved with them.

Maybe…You see, John Yates, social commentator, noticed something about Vanessa Cobbs, that may indicate a bit of fakery. Now, we all know that to a certain point there is some scripting in Reality TV shows. However, to maintain some credibility, the networks need to try and keep it at least believable for their followers. Now, we know that last season the Snowden’s never did find the partner they looked for. Did TLC bring in an actress to play the role this season?

Two Vanessa Cobbs from Seattle or is one actress holding down two jobs?

Vanessa comes from Seattle and according to her Twitter account, apart from TLC’s Seeking Sister Wife show, she’s “Advocating for the underdog and fighting for fairness.” According to her website, Vanessa started out as a dental assistant before working for a “nonprofit called Solid Ground.”

After working her way up the ladder, she became a “Tenant Rights Counselor.” Later, she was awarded “Solid Ground’s 2017 Social Justice Award Winner.” Well, it all sounds rather worthy, and give her some due, her Instagram does show her at the Seattle Works gala in 2016. But what if Vanessa missed out something on her resume? Could there be two Vanessa Cobbs who look alike in Seattle? Or, is there one actress holding down two jobs?

Uh oh – do we have some light fraudery going on amongst the #seekingsisterwife cast? pic.twitter.com/csxF2r0Yy7

Did Vanessa Cobbs have an acting career?

John Yates’ Twitter post showed that someone who looks remarkably like Vanessa, with the same name, Vanessa Cobbs, acted in at least one movie. According to Lotus In The Mud Studios, a Vanessa Cobbs played the role of  Cindy Smith in a movie titled Always. Her bio reads, “Vanessa is a Seattle based actress.”

Additionally, “Vanessa is a versatile actress, moving seamless between film, television, theatre, and commercials. Vanessa’s first film project in Seattle was playing the ships navigator on the fan film Star Trek: Phoenix- the largest film production in the Pacific Northwest. She has trained under award winning actors in Seattle at Freehold Theater and beyond. When not acting, Vanessa enjoys spending time with friends and family, and building/painting model cars.”

What do you think about the two Vanessa Cobbs? Do you think that there’s a bit of fakery going on? Shout out your thoughts in the comments below.