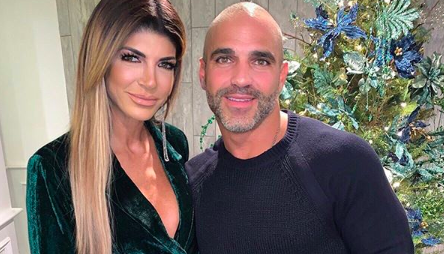 Joe Gorga is the brother of The Real Housewives of New Jersey star Teresa Giudice. The two seem to be very close and have a great relationship. In the past, he has posted about his family and how important they are to him.

Consequently, it looks like Joe Gorga is continuing to show his support for his family. He has recently promised to jump in and take care of his sister and her daughters if needed. He knows that his sister may need his help if her husband, Joe Giudice, gets deported back to Italy.

Together, Joe Giudice and Teresa Giudice have four daughters, Gia Giudice, Gabriella Giudice, Milania Giudice, and Audriana Giudice. Their ages range from 10 to 18, so they’re still young and need that extra support.

In an interview with Hollywood Life, Joe Gorga explains why he would be there for the girls, saying, “Oh yeah, I’m their uncle. Anything they need, I’m there for them.” He seems to care a lot about his sister and her family.

Then, he goes on to share about how the girls’ relationship with their father will change. He says, “If anything, at the most, they can go twice a year if they are lucky. I mean it’s tough. It’s not just like going to Florida.” Because of this, they are lucky to have their Uncle Joe.

At this time, it’s unclear whether Teresa and Joe Giudice will get a divorce or not. She is back and forth on the whole issue. Sometimes she misses him and wants to be with him. Other times, she doesn’t seem to care and acts like she’s ready to get a divorce. She has made it pretty clear she doesn’t plan to move to Italy.

Why did Joe and Teresa Giudice get prison time?

Now, Joe Giudice is doing his time for 39 counts of federal fraud along the same lines as Teresa Giudice’s sentencing. As of right now, he is set to be released in March. Originally, he was only sentenced to 41 months, but then he got another 18 months added for additional charges. From what it looks like, it’s possible that he will be deported once he is out of jail.

What do you think of Joe Gorga stepping up to help out his family? Check TV Shows Ace regularly for more Real Housewives of New Jersey updates!