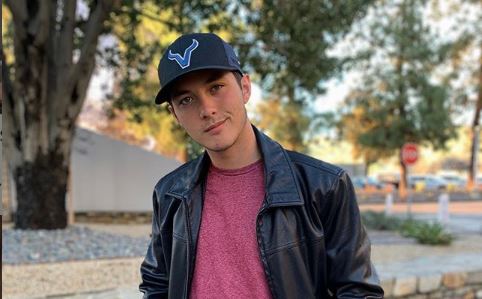 Tonight on a new episode of American Idol Laine Hardy showed up. He had his own merchandise on and even got new teeth. Laine looked great, but he was only there to play guitar for a friend who was going to audition. This was Laine’s best friend’s sister.

Luke Bryan teased Laine about not auditioning. Then it was time for his friend to audition. She is a nursing major and was hoping that the show would help her career. Ashton Gill sang the song Broken Halos, which is by Chris Stapleton. She did an amazing job on the song. They did tell her that she had nerves, but she would have to get through it.

HAHAHAHA I been keeping a huge secret from y’all and I can finally post about it! Y’all are amazing!!! #americanidol #hollywood @ashtonbrooke_16 congrats!!!

Laine Hardy did share that he has a girlfriend is why he hasn’t asked Ashton out. It was a different girlfriend than the one he had when he was on American Idol before.

In the end, Ashton Gill was able to get through and head to Hollywood. They just need her to step it up a bit. She got a yes from each judge.

Laine does his audition

They told Laine Hardy to stick around. Katy Perry asked if he would sing a song for them. He did amazing as usual and you could tell that he had improved since the last time he was on the show. That was when you could tell that he wasn’t going to get out of there without considering going on American Idol once again.

50’s-70’s music is what I grew up listening to. Comment songs for me to cover, if I pick the song you suggest, when I cover it, I’ll tag you in the post! This song is Long Tall Sally – Little Richard

They told Laine he had found his confidence and then tried to hand him a golden ticket. At first, it was obvious that he was unsure of what to do. He was told that he could win and has a shot this time around. Laine decided to take a chance and took that golden ticket. He will be back on American Idol once again this season. He even asked them if he was really going again. His mom Cindy was shocked to see it all go down.

Were you excited to see Laine Hardy back on the show again? Share your thoughts in the comments below. Don’t miss new episodes of American Idol on ABC.