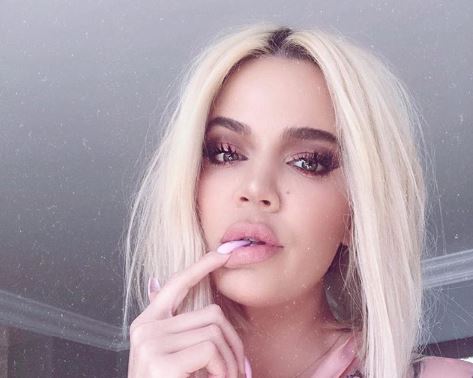 It looks like Tristan Thompson is not one to slow down his game. After news recently broke that he was caught cheating on Khloe Kardashian with Kylie Jenner’s best friend Jordyn Woods, it looks like Tristan is already out there with a new woman that have followers wondering who she is. Wonder no more, as the mystery woman has been revealed!

This week, Thompson was seen in New York City with this mystery woman and TMZ has reported that the woman is model Karizma Ramirez. The duo were also seen spending some time together last week, so it might be serious?

With Tristan and Karizma spending time together, does this mean he is moving on to another relationship so quickly after the breakup with Khloe Kardashian? Probably not, but he was photographed carrying two cups of coffee back to his hotel room.

Thompson was in town with the Cleveland Cavaliers, as they had a game against the Brooklyn Nets on Wednesday. Thompson made the most of it. He was seen out to dinner later in the evening with Ramirez at a place called Nobu. People said this was one week after the couple dined together at Carbone.

Ahhhhh thank you @traceycunningham1 for always going along with my craziness!! Coloring my hair at 6am in the rain! AND for @jenatkinhair for taking time away from Kendall Jenner to chop my hair!! We cut about 8 inches off ✂️✂️

This wouldn’t be the first time that Ramirez would be in the spotlight. If she looks familiar to you, that’s because she was linked to Chris Brown back in 2013, according to Page Six.

She also happens to be followed by Blac Chyna on Instagram. This could be a way of Tristan getting back at the Kardashians? We all know that they aren’t big fans of Blac Chyna!

Not His First Rodeo

Of course, this cheating scandal is not the first time cheating has affected the relationship between Khloe and Tristan.  Just days before the birth of their daughter True last April, photos and videos were released of Thompson allegedly getting close to other women.

Don’t miss Khloe Kardashian and the rest of the family when their show returns to E!. Keeping Up With the Kardashians will air on Sunday nights.