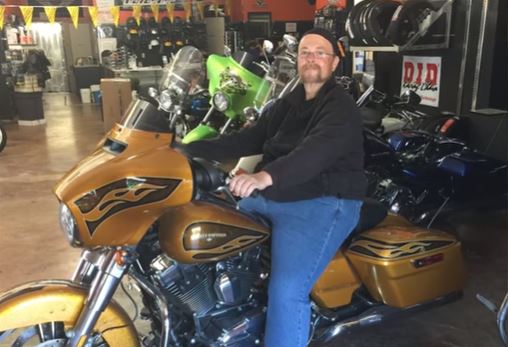 For avid, My 600-lb Life watchers, you will remember Chad Dean. Not because he was problematic or in denial or blamed others for his weight issues but because of his strength and determination to lose weight.

Who was Chad Dean?

As a quick recap, we came to know Chad Dean from the couch of his home in Hagerstown, Maryland.   He had always been overweight. When he played football in high school, his grandmother had to sew together two uniforms for him to play in.  Chad grew up to be a truck driver and the long hours driving and the constant meals behind the wheel played a great part in increasing his weight.  One day, Chad stepped on to the sidestep of his truck to get in and he suddenly slipped and fell.  From then on, Chad told himself that he couldn’t “do it anymore.” He started to live life on his couch, leaving his wife and children to support him and help with his daily needs.

When he decided to seek Dr. Nowzaradan’s help, he was 701 pounds… his heaviest.  Throughout the course of the show, Chad kept his head high and fought to lose the weight he put on despite financial issues after weight loss surgery.

What was unique about him was the fact that he did not make any excuses as to why he couldn’t lose weight.  By the end of the episode, Chad lost about 260 pounds and was able to not only enjoy life with his family but to also find a job and provide for his family again.

How is Chad doing now?

These days, Chad has continued to make huge strides in not only continuing to lose weight but also to keep it off.  He is among the 5% of people who have had weight loss surgery, lost the weight, and have been able to keep it off!  He has had 1 skin removal surgery which has also aided to decrease his weight.  As a result of his hard work, Chad now weighs 295 pounds, down about 400 pounds total!

His new-found weight loss has allowed him to discover a new hobby riding motorcycles, and frequently rides with his wife, something he could not do before.  Chad has also come out with a new book titled “I’m In Here Somewhere: Memoir of a Food Addict” which highlights his entire life, including the two years after undergoing weight loss surgery.  He has appeared on the Today Show and has also spoken with the New York Post and InTouch Weekly to update viewers on his progress and to promote his new book.

These days he is looking to have more skin removal surgery and has set up a GoFundMe to help cover what he is not able to pay for.

Keep up the good work Chad! Make sure you don’t miss new episodes of My 600 Lb. Life on TLC.