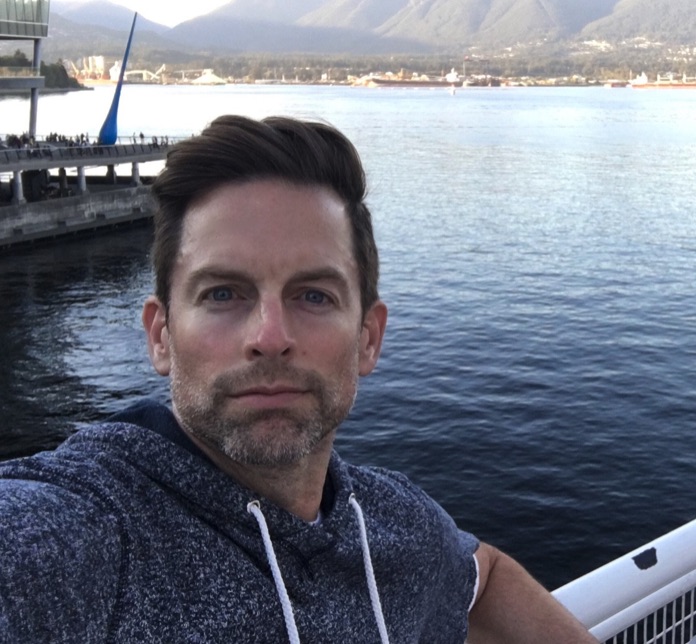 Michael Muhney has been suspiciously silent of late. There have been some major reasons why he should have been on social media, yet he has been away. Mal Young is no longer the Y&R lead writer, and the show is bringing back old favs and recasting the role of Adam Newman. Could Muhney’s online silence mean that he is reprising his role as Victor Newman’s complex son, Adam?

Michael Muhney has been terribly silent on social media. It is quite suspicious as there is a lot of hubbub over the casting call for Adam Newman, his former role on the Young and the Restless. This was not just a role, this was the character he molded and made his own. He was so great in this role, fans are still asking for his return. They have been active on social media and Michael has clearly appreciated it, but he has also asked that fans be kind to those in charge at CBS.

Michael has always been open with his fans about wanting to return in the role of Adam Newman. He has shared his regret about not appreciating his full-time soap gig while he was there. He admits he believed that the grass was greener on the other side, and it was not. So, why would he not tell fans that he was not returning to the show, if that was the case?

If he was not returning to the Young and the Restless, he would not be obligated to be silent about his status with the show. Fans are asking on his Twitter page if he is silent because he is working. There has been no reply from Michael Muhney. Where is he?

When Alex Trebek recently announced his stage 4 pancreatic cancer diagnosis, it was quite a surprise that Muhney did not  go to social media to acknowledge this announcement. Michael Muhney has been very active in charity fundraising for pancreatic cancer research because his uncle died of this cancer. This would have been a good opportunity to educate and fundraise.

Earlier in February, Kristoff St. John took his life.  It is very unusual that Muhney did not post anything about the late actor, who played Neal Winters on Young and the Restless. The two must have worked together many times. It is highly unusual that Muhney, who remembered a superfan who recently passed away, did not acknowledge such a major loss in the Y&R family.

Are There Clues In The Bubbles?

Are there clues in his last post? Michael Muhney’s last tweet, five weeks ago, was of his son Truman. Michael Muhney was at a photo shoot, but he claims that his son was more interesting to the photographer. The always adorable Truman was blowing bubbles, and one of those bubbles looks suspiciously like the CBS logo. Are there clues in the bubbles, or are they just another red herring? Also, what was the photo shoot for? Fans asked Muhney, but he did not reply.

Then there was a holiday party with Muhney’s former co-star Sharon Case. Case, Muhney and Jamie Muhney, Michael’s wife all sang songs and looked quite festive. This mini-reunion was unusual to those who follow Muhney on Twitter. Over the years, he may have had a shoutout from Sharon Case or other former co-stars, but never a get together like this. Was this a clue that Case was advocating for his return to the show? We can only hope so!

Right now, fans are excited because Doug Davidson will soon be returning to the show. He is reprising his role as Paul Williams. Could Michael Muhney playing Adam Newman be close behind?