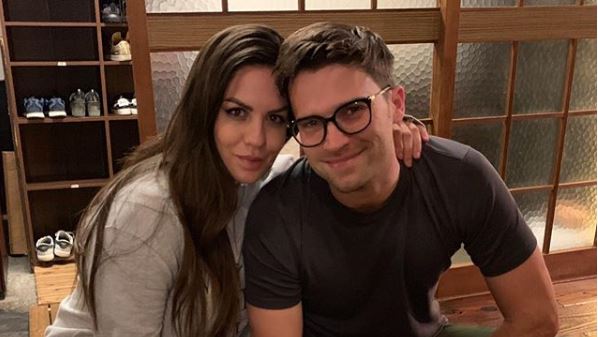 Lisa Vanderpump’s new bar TomTom has been a hit on the reality show Vanderpump Rules. Two of the fan favorite cast members are the face of this new bar, Tom Schwartz and Tom Sandoval. A lot has been happening for the two of them, but now, even more, is happening for them. Tom and his wife Katie Maloney-Schwartz, are getting their first house together! You can only imagine how exciting that is for the two of them. On the same track, Sandoval and his longtime girlfriend Ariana Madix just purchased a very very expensive house in LA.

Sandoval and Ariana bought a house in Valley Village in Los Angeles for $2.075 million. That’s a lot of money and the house is absolutely stunning! For the other couple, Katie did mention a house, but she also mentioned that she could have kids now that they’re buying a house. How soon do you think it’ll happen? “Yeah, we might be in escrow? I haven’t told anyone… until now!” she announced on last night’s show. When Andy Cohen commented that it was exciting, Katie responded, “I know, now we can have babies.”

Who will have babies first?

Fans are really hoping for Vanderpump babies, maybe from Jax and Brittany? Or maybe from Katie and Tom? However, we know that Ariana and Tom won’t be having or adopting kids anytime soon. Ariana made that very clear on this week’s episode. She especially got mad when Jax Taylor asked Tom Sandoval if they were planning for them anytime soon and if it was a deal breaker if she didn’t want any. Viewers can’t imagine the two splitting, but if they do that was probably the cause. Tom acted like he would wait ten years or so to talk to her about it again.

This week’s episode was filled with a lot of drama and fans assume next weeks is going to be worse. We saw in the preview that Sandoval got into a heated argument with Schwartz’s wife Katie. He accused her of being a bully and selfish. A lot of the fans were shocked to see that, but they couldn’t necessarily disagree with Sandoval. It looks like things gett pretty heated.

Stay tuned and watch the drama unfold on Vanderpump Rules on Bravo on Monday nights.