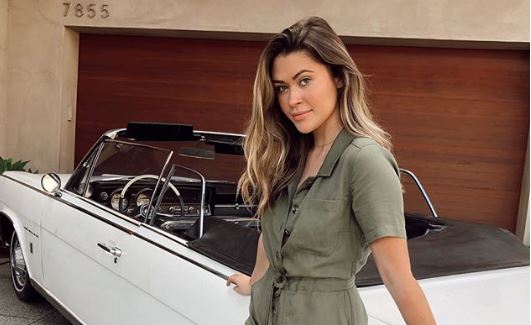 In less than two hours, Bachelor Nation will be watching Colton Underwood’s diverse group of castoffs sharpen their claws, come at one another and dish the major gossip of the season. They will also confront Colton on some of the reasons he didn’t see a future together and pursue them longer.

It’s been said that the contestants who are brought up on stage to speak one-on-one with Chris Harrison in the “hot seat” are the serious contenders being considered for the role of Bachelorette in the upcoming season. Generally, the contestant who doesn’t get a hometown rose is one of the select few who gets this honor.  It’s safe to say that Caelynn Miller-Keyes will be brought on stage this evening. (Reality Steve and other media have already confirmed this.)

Before being eliminated, Katie warned Colton and the other girls that Caelynn may not be as genuine as she seems. She also said that her values differ from Colton’s. She claimed to have overheard the beauty queen and Cassie Randolph discussing the cool things they hoped to do after the show. After Katie’s departure, Tayshia continued to try to get Colton to understand that some of the girls were not ready to get engaged.

Things get a little spicy tonight 🌶

International Business Times put out a piece today with a preview of what we are in store for in today’s show.  “According to Katie, post-filming, she had a phone conversation with Caelynn where she claims she ‘admitted’ to talking about ‘The Bachelorette.’ During the women tell-all, however, Caelynn denies this.” Who would admit to it?

Here’s an idea to save the integrity of The Bachelor franchise moving forward. The producers should NOT choose one of the existing contestants to be the Bachelorette/or Bachelor in the following season. This would cut down on the number of contestants strictly going on for fame. They also want publicity and a blue checkmark on their Instagram account. This does help them get sponsored deals.

It doesn’t sound like Caelynn is going to get the job anyway. Instead, she could end up on Bachelor in Paradise.

Kristina Schulman’s name, a former contestant on Nick Viall’s season who then fell hard for playboy Dean Unglert on Bachelor in Paradise, has been brought up as Bachelorette material. Maybe it’s not too late to switch from Hannah B (as Reality Steve’s exposed as getting the title.) Taping is supposedly starting this Thursday so it could be too late.

Kristina actually opened up about possibly being the Bachelorette while speaking with ET last week. “I have not been approached or talked about, so the fact that people still kind of want me, I’m flattered. Thank you, guys,” she said.

The Bachelorette: Women Tell All should be great to watch tonight. Don’t miss the new episode.