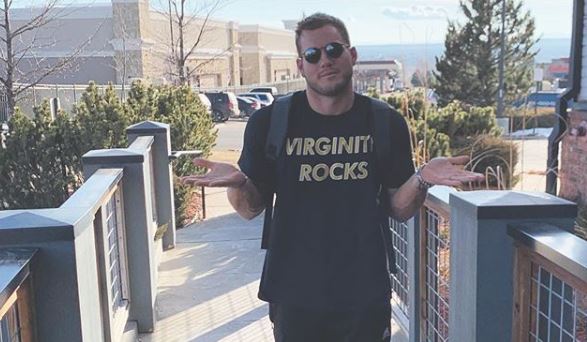 It shouldn’t be too surprising that the fantasy suite episode for The Virgin Bachelor took a turn different from other shows. Colton has been making out with his beautiful female suitors non-stop. He also appeared on the much more provocative Bachelor in Paradise (BIP) and was in a relationship with Tia Booth. (We’ll get to her in a bit.)

People always want what they can’t have

Colton has all these girls throwing themselves at him, professing their undying (and unrequited love), begging to take his virginity….and who does he want???? But as a red-blooded, twenty-something man, I still find it hard to believe he only wanted to talk with Taysha. After bungee jumping and sky diving, intercourse seems like a tame walk in the park for these two. Plus, he could have used it as a practice session to make sure he was on his game for Cassie. Colton didn’t even care when Taysha confessed that she gave her virginity to her ex-husband. They both did make it sound like nothing happened, though.

Who’s fantasy was it?

It surely wasn’t Taysha, Hannah G’s or even Colton’s, but Cassie’s dad got an all-expenses-paid trip to Portugal! Did he even have a passport prior to the Bachelor? It was Cassie’s first time traveling to Europe. Off camera, did he and Cassie discuss meeting after she removed herself from the show? I hope they flew home together, after taking in some sights.

In all seriousness, regardless of her true feelings, Cassie Randolph was extremely smart not to take Colton’s virginity with cameras at every angle. Their break-up scene was painful enough to watch with Colton professing his unrequited love. Cassie was freaked out to watch his body shaking.

If I jump through all these hoops, can I become the next Bachelorette?

Each season, there are contestants who are clearly there for the “wrong reasons.” (How shocking and scandalous!) But this season, in particular, it feels as if the majority of the girls have been mostly auditioning for the coveted role of The Bachelorette. Colton was warned that some of the finalists were not ready to get engaged. As Taysha is munching on dried apricots and almonds in Portugal the next morning in PJs, bedhead and sans make-up, she had to be thinking, “It’ll all be worth it when I score the Bachelorette gig.”

We don’t even know yet how Hannah G will handle the news from Colton that he’s canceling his fantasy suite date with her. It could go something like this, “It’s not you, it’s not even my sexuality. I’m just running after a girl who finally told me, ‘she loves me, but she’s not in love with me, and doesn’t know if she can’t get there in time’ even though I told her to take all the time she needs.”

Is there an Olympic Team for Fence Jumping?

Colton is in exceptionally good shape as a pro-athlete. Was there a trampoline to make it so easy for him to jump that six-foot-high fence on his first try? Or was it all that pent up testosterone, rage and emotion that fueled his pole jump? It’s been rumored that Colton wants to go on Dancing with the Stars (DWTS) but I think he should stick to sports programming. He really should consider a future in pole vaulting. And Chris Harrison just happens to be in extremely close proximity? Maybe he stuck around in case Colton need a birds and the bees talk. Chris delivered the best lines of the night as he questioned if there was a button to open the gate and how Colton had vanished into thin air.

So after last night’s rubbernecking episode, Bachelor Nation can’t help but wonder if Colton has lost his virginity yet in their dating in real life relationship. Fortunately, tonight on The Women Tell All one female has the balls to ask Colton the only question we really need answered. (The producers probably asked her to do so.)

“You’ll see a very important conversation I have with Chris Harrison and with my dad that plays an important role moving forward,” he says. “It’s definitely emotional.”

Don’t miss The Women Tell All tonight on ABC.