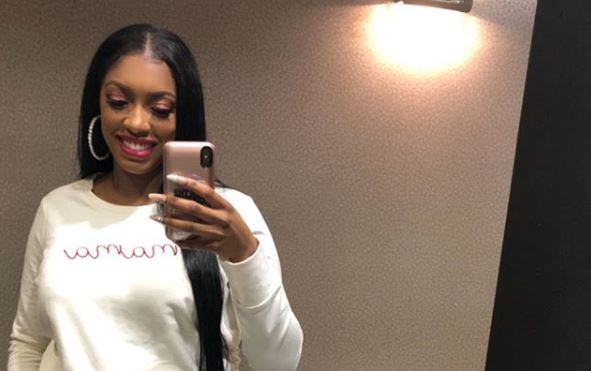 Get ready for some more of Porsha Williams on Bravo TV! It seems like Radar Online has confirmed that the Real Housewives of Atlanta star will be getting her own spinoff show! We have the details of this new show below!

Details about the spin-off

The rumors started spreading about the possible spinoff for Porsha, as a camera crew was recently seen at her baby shower. Of course, nothing was confirmed, but it looks like an insider did some talking to Radar Online.

The insider said, “Cameras were rolling at the baby shower and it is going to be a part of the Porsha baby delivery special that she is filming.” So, it looks like Bravo wants in on that delivery, so they are giving Porsha and fiancé Dennis McKinley a spinoff show. What and who will be included in this new series?

Bravo should give us more details themselves when it is actually confirmed by them. It appears that it’s going to be following the final few weeks of her pregnancy leading up to the delivery.

The source said, “Porsha’s last three weeks of pregnancy are going to be in the special as well as her delivery.” That would explain why the camera crews were at the baby shower! This is a show that fans would be interested in watching.

Of course, Porsha confirmed the news of her pregnancy with McKinley back in September. This is their first child together. A few weeks later, Porsha shared that the happy couple was also engaged!

As far as the baby shower goes, it looks like it was a happy time. It should be a non-dramatic shower to air on Bravo. The insider said, “It was a really emotional shower, everyone loves Porsha and is so happy for her.”

Why the spinoff for Porsha? Well, the source basically said that Porsha has always been open and honest about her relationships and challenges over the years. Because of that, it looks like they wanted to capture this happy time for her in a spinoff!

The source stated, “Porsha has shared every aspect of her life, from her boyfriend Dennis to her pregnancy and then their engagement and the producers wanted the viewers to see everything.”

Hopefully, Bravo confirms this news soon. For now, fans will have to wait to hear details. It sounds like this show won’t air until after the baby is born.