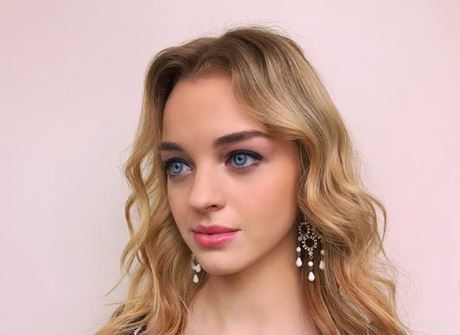 The residents of Salem haven’t been clued into this fact yet. However, it will most likely play a part in Claire’s eventual exit. The actress who plays Claire was let go from the show recently. In the meantime, the show has a lot of other storylines heating up.

Despite saving Ciara’s life from yet another cabin fire last week, Ben (Robert Scott Wilson) breaks up with Ciara this week. His sister Jordan (Chrishell Stause Hartley) was the one who set the fire. Ben feels responsible and thinks dumping Ciara is the only way to keep her safe.

Marlena is undoubtedly upset that John didn’t tell her himself and confronts him about it. It seems Diana’s plan to come between them is working so far, but how far will she go to get Marlena out of John’s life for good?

Chloe (Nadja Borland) and Stefan (Tyler Christopher) have been growing closer lately. That closeness results in Stefan telling Choe that he wants to date her. They share their first kiss until Gabi (Camila Banus) walks in and ruins it.  Gabi and Stefan are rumored to be the next romantic pairing after Chloe leaves town later this Spring.

Tripp Hides Haley While Claire Teams Up with Eve

Viewers have known that Haley (Thia Megia) was an undocumented immigrant for a while now. Last week, everyone in Salem found out, thanks to Jack (Matthew Ashford) and Eve (Kassie DePaiva.)

This week on Days, Haley is sought after by immigration officers. Tripp hides her in the loft apartment. Neither J.J. (Casey Moss) or Claire are happy about this development. Claire teams up with Eve to get rid of Haley.

Claire joins Eve’s campaign for Jack’s run for mayor of Salem. She hopes Jack will be tough on immigration and have Haley deported. This is going to be a rough week on Days of Our Lives.

Yes, Jack is running for mayor… again! He was forced to bow out of the race when there were two other candidates. Now there is an open spot after Melinda (Laura Kai Chen) was forced to admit that Haley is her sister and that she knew Haley was an illegal immigrant.

Eve presents a shocking videotape next week. The contents aren’t known but it is sure to drive Jack and Jennifer even further apart.

Tune in to Days of Our Lives on NBC to find out how all this drama plays out.