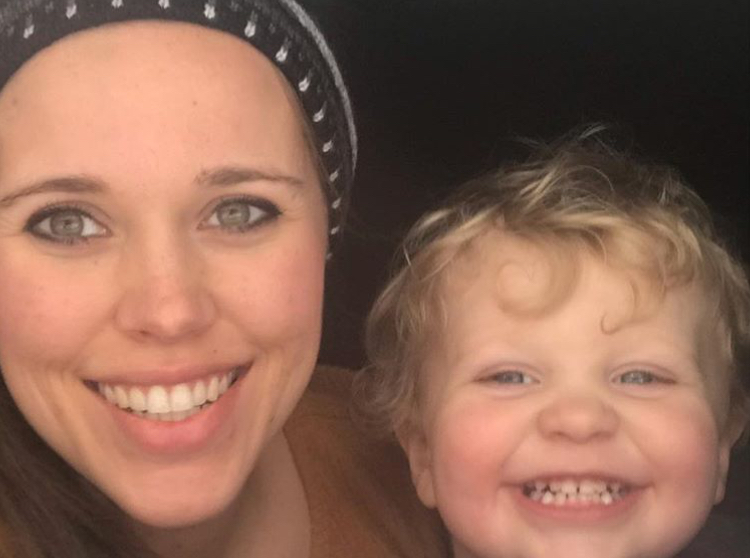 A snowstorm recently swept through Jessa Duggar’s area. She and her family went out and enjoyed the snow. Now, Jessa Duggar is sharing pictures of her family’s fun snow day on Sunday!

Spurgeon loved the snow and the hot chocolate! 👦🏻💙❄️☕️ Apparently Henry isn’t a fan of either. 😆 He had fun out there for like 1 min, and then as soon as I tried to take his pic, he was over it. 😫Guess we’ll just have to wait and try again later. ☺️ I’m sure he’ll love it next year! Meanwhile, he was happy to open the window and watch Daddy and Spurgeon having fun from the warmth of the house. 😊💙👦🏼

She posts pictures of her two sons, Spurgeon and Henry, playing out in the snow. Her husband, Ben Seewald, joined in too.

In her post, Jessa Duggar says, “Spurgeon loved the snow and the hot chocolate! 👦🏻💙❄️☕️ Apparently Henry isn’t a fan of either. 😆 He had fun out there for like 1 min, and then as soon as I tried to take his pic, he was over it.”

After Henry tried going out in the snow, he and his mom decided to stay indoors. They watched Ben Seewald and Spurgeon play in the snow. It sounds like Spurgeon was a bigger fan of the snow than Henry was.

She even includes a few videos of their snow day! They look to be having a blast out in the snow as a family. We can catch a glimpse of Jessa Duggar’s growing baby bump too.

The third Duggar Seewald baby will be arriving in the spring. The boys will have another playmate to join them in the snow soon!

What are fans saying about the photos Jessa Seewald posted?

Whenever a Duggar posts on social media, they receive some criticism and unwanted advice. On this Instagram post, the same is true.

Fans in the comments are asking where the family’s hats, scarves, and gloves are. Again, they are trying to tell Jessa Duggar how to parent and what she’s doing wrong. She’s getting more and more unwanted advice.

Other fans are concerned about Ben Seewald’s beard. Some say that it’s  “not a good look on him”. Another fan suggests that he shave his beard.

Of course, there are some fans who are loving the pictures and think it’s great that Jessa Duggar’s kids are getting to play in the snow. Lots of fans think it’s amazing how involved Jessa Duggar and Ben Seewald are with their children. They always seem to be giving them great opportunities!

Most of the fans are loving the adorable pictures and saying how cute Spurgeon and Henry are. The Duggars do get their fair share of support amidst the negativity.

Isn’t Jessa Duggar’s family so sweet? Be sure to catch them and the rest of the Duggars on Counting On on Mondays on TLC at 9/8c!