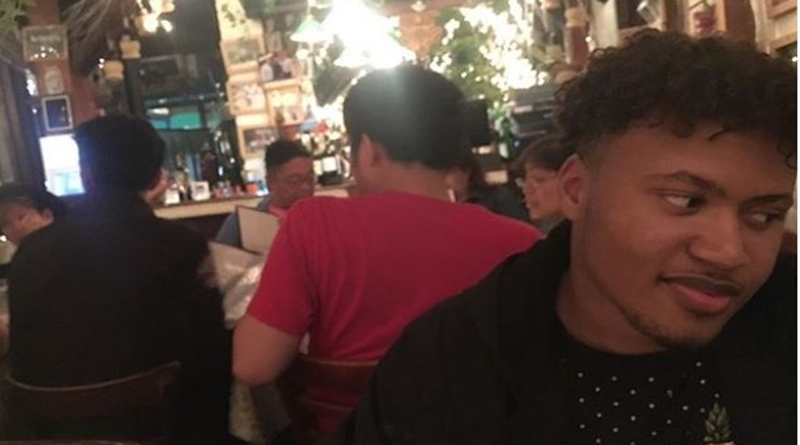 I Am Jazz fans know that Ahmir Steward is the love interest of Jazz Jennings. He came into the picture soon after her gender confirmation surgery but little else is known. This week, he took to Instagram Stories to answer questions. In fact, he said last week that he would, so he delivered on that promise.

I Am Jazz fans get answers to college and gender

Two questions that often arise on social media are about Ahmir’s gender status and why he’s not at college. In fact, Jazz took to her Twitter to put people right on that. Jazz told her dad Gregg that Ahmir had no job and was not at college. We saw that on screen early in the current season. However, things changed since then and he actually is at college. In response to a question about what job he holds down, Ahmir explained it. He said that his job is doing six “college classes” and “managing” his mental health.

I Am Jazz fans speculate and ask if he’s transgender, and they want clarity. Once before, on one of his Instagram posts, someone asked that and he said “no.” Now, he confirmed he’s born a boy but “grew out of it.” Nowadays, Ahmir’s simply “non-binary.” He explained further on another post, saying that “Non-binary is a gender identity under the transgender umbrella. Someone who is non-binary does not identify as exclusively male or female (also known as the gender binary) and does not identify as the gender assigned to them at birth.”

Art makes Ahmir happy. In fact, it’s his favorite thing to do. However, he notes that happens when he feels inspired. When he’s not doing artwork he loves his music, and in particular Jazz. As he says, he loves “all forms of Jazz.” And, when it comes to travel, no he never went abroad but wishes that could happen. A little bit baffling was the background image showing NYPD cars, but that could be Ahmir being subtle about something. Or, it could mean nothing at all as he seems to have a quietly dry sense of humor.

Other general info that came out of his Q&A includes the fact that he likes nature and has cats and dogs at home. Also, fans now know that he likes the color red the most. Additionally, he tried out for the Airforce but didn’t complete his basic military training because of medical problems. 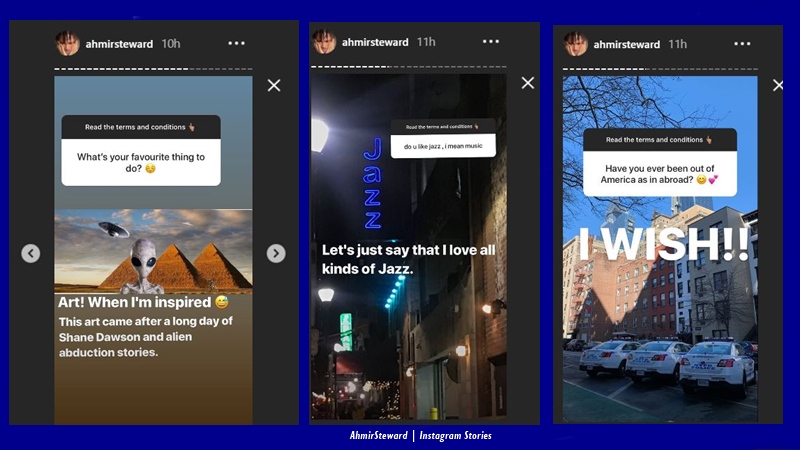 Ahmir sounds quite interesting. He loves his Tarot cards and “making friends” and “feeling loved.” Actually, it’s easy to imagine Jazz and Ahmir throwing around ideas and thoughts over a coffee with friends. What’s in the cards for Ahmir and Jazz? Looks like he’s not saying, but TLC’s bound to keep delivering more on Ahmir in the current season.

What do you think about Ahmir Steward keeping his promise to answer loads of questions? Do you think he’s the right kind of guy for Jazz? Let us know your thoughts in the comments below.

Remember to check in with TV Shows Ace often for more news about I Am Jazz.