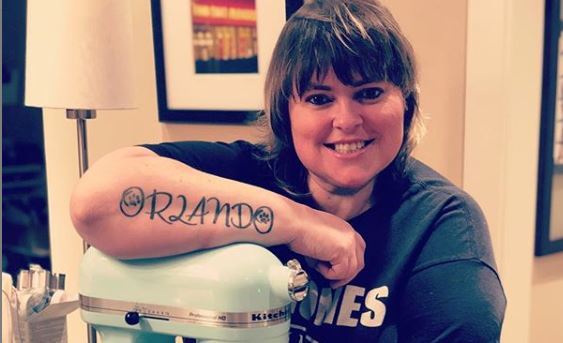 The exciting news is out today about Tracey Bloom. She is best known for her role as Kim Zolciak’s chef on the show Don’t Be Tardy. She is really close to the family and also helps with the kids. It turns out that Tracey Bloom now has a baby of her own.

Tracey Bloom went to her Instagram and shared really big information today. The reality star actually adopted a baby boy. She shared a video saying that this has been the best year of her life. It sounds like she adopted the baby about a year ago, but just now shared the news.

Her son is named Kannon and just had his first birthday. This video shares a ton about her son and their first year together. Tracey seems so happy with her new baby boy. It is unknown why Tracey waited to share. Because she waited so long there should be a lot of pictures to share.

Tracey Bloom also shared a picture of Kannon’s first birthday. He looked very happy and enjoyed his cake. He had a smash cake for his photo shoot and of course, got covered in icing. It looks like they did a Dr. Seuss theme and she even enjoyed a bit of the cake along with him.

Hopefully, this ended up being filmed for Don’t Be Tardy. There is a new season airing now so it is possible that it could end up being talked about soon. For now, fans will just have to wait and see the show. Don’t Be Tardy does focus on Kim Zolciak and her family, but Tracey is also a very big part of the show. The fans love getting to know her better so this will be interesting to see.

Are you surprised to hear that Tracey Bloom adopted a baby and kept it quiet? Share your thoughts on the comments below. Make sure you don’t miss watching Tracey on Don’t Be Tardy on Bravo.