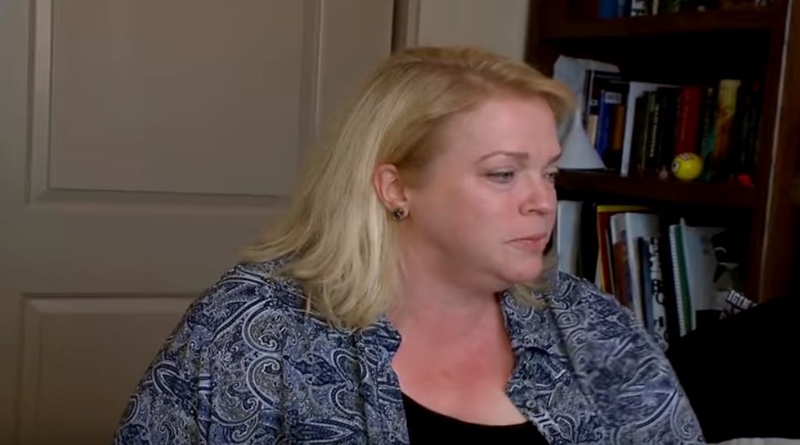 Sister Wives airs Sunday nights and in the recent episodes, there’s so much going down. Actually, many opinions are expressed by Kody, Meri, Robyn, Christine, and Janelle Brown. While the show also generates opinions from viewers, sometimes, they reach a limit. Janelle took to her Twitter to warn off nasty followers.

TLC built a reputation for producing reality TV stories with a difference. However, just because people follow the show, doesn’t mean they always agree with what they see. Often, this brings some very unkind comments. From shows like I Am Jazz, through to My 600-lb Life and Sister Wives, people often say terrible things.

Fans of the Sister Wives show often stick up for their favorites on the show, but sometimes it all becomes a bit much. That’s when people like Janelle Brown slap back at the haters and trollers. Often, followers argue that if you put your life on television then you should expect criticism. However, for the Brown family, trying to educate about their lifestyle does not mean they feel the need to tolerate abuse.

On Sundays, the Brown family often engage with their followers as the show progresses. Actually, social media brings an excellent opportunity to get behind the scenes, so to speak. So, for those who want to engage, being blocked could actually take away some of the fun of watching it.

In her tweet, Janelle said, “Just a quick note – if you are too aggressive or too mean, negative etc [I] will block you. I’m cool with people having an opinion and expressing it – but if you have to keep at it to be mean – I don’t need your “gas.” Fans rallied behind her, agreeing that if people don’t like what they see, they should move along.

Just a quick note – if you are too agressive or too mean, negative etc I’ll will block you. I’m cool with people having an opinion and expressing it – but if you have to keep at it to be mean – I don’t need your “gas”. #peace #SisterWives

Current episodes of Sister Wives bring lots of critical comments from followers.  So far this season, we saw Meri Brown go it alone to raise downpayment on her BnB. Plus, Kody Brown wants to go to Flagstaff and also wanted to run for office in Utah. Now, he talks about the sister wives all living in one home. Everyone has a lot to say, including the Brown family. However, even Kody noted, that “we are being SO careful with our opinions.”

For some followers, though, they don’t care how their opinions may go down. Perhaps they forget real people exist behind the show. Others do realize this and here’s what some of them said in defense of Janelle Brown:

It’s doubtful Janelle Brown’s likely to ban everyone who questions her lifestyle. Probably, she understands that not everyone else understands it. As one person said, they don’t understand it but still “love” the family. On the other hand, one person said  Meri Brown blocked them, even though she was sticking up for her. However, she still enjoys following Kody and the other wives.

What do you think about Janelle Brown warning off nasty comments and threatening to block followers? Do you think that TV personalities should expect only nice opinions? Have your say in the comments below.