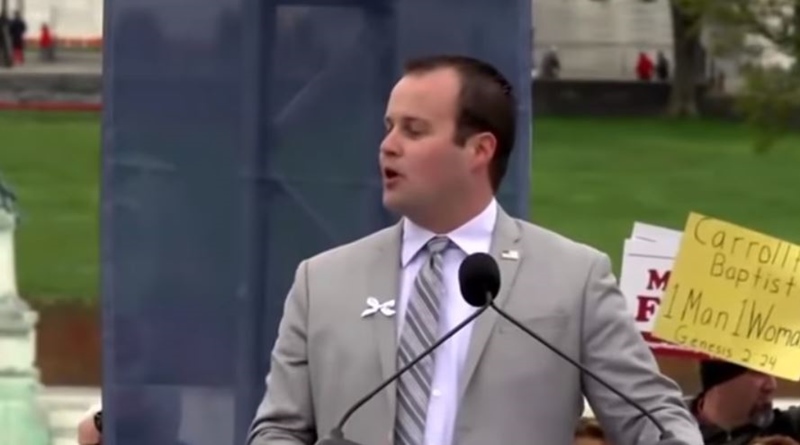 Counting On fans often express their dislike for Josh Duggar. On the occasion of celebrating his 31st birthday,  his parents, Jim Bob and Michelle Duggar justified their forgiveness of his errors. However, sharing his birthday to Twitter hardly endeared them to some followers of the TLC show.

Counting On birthday message from Momma and Daddy

The Duggar parents signed off their birthday blog post from “Mommy & Daddy.” Actually, it seems some mixed messages came out, as it looks like his alleged wife-cheating and alleged juvenile abuse on his sisters are not forgotten.  However, using bible verses, it seems the Duggar family feels able to forgive him. However, it seems some fans of the Counting On show simply cannot do the same.

Over on Twitter, where the Duggars shared Josh’s 31st birthday, some followers grew angry, with one saying, the birthday greeting was “garbage.” That was in reference to all the good things the Duggars said about him. It was noted that “closing your eyes and turning the other way, doesn’t make it all go away. Reading the Bible will not change what he is.”

The birthday message to Josh Duggar focused on the good things

In the blog post at The Duggar Family, no direct specifics came out about what his previous sins were. However, followers of Counting On don’t need that, as they already know what happened. In 2015 The Washington Post reported accusations of molestation of some of his sisters.

Later, an allegation of cheating on his wife Anna emerged via Crazy Days and Nights, a forum that spread the word across social media. Hollywood Gossip also picked up the story. Eventually, ABC news reported he admitted to cheating after a hack outed him on the Ashleigh Madison “have an affair” website.

In the post, Jim Bob and Michelle wrote, “You are a wise son who makes his father glad. You are a good husband to Anna and a good father to your children.” Additionally, Josh is a “joy” in the way he leads “by example” and has a “humble servants heart.” A lot of other good sentiments came before the Duggars got into why they forgive him.

Jim Bob and Michelle told Josh and half the world who care to read their open blog, that they forgive him. Here’s what it said: “God is doing great work in your life and is restoring your relationships. Christianity is about Christ offering each one of us forgiveness, though we don’t deserve it.” Finally, they backed it up with two bible verses:

What do you think of Josh Duggar’s 31st birthday message from Jim Bob and Michelle? Do you think it must be hard to forgive his behavior? Could you, especially since he so often espoused living a moral life? Sound off your thoughts about it in the comments below.

Remember to check back with TV Shows Ace often for more news about Counting On and the Duggar Family.