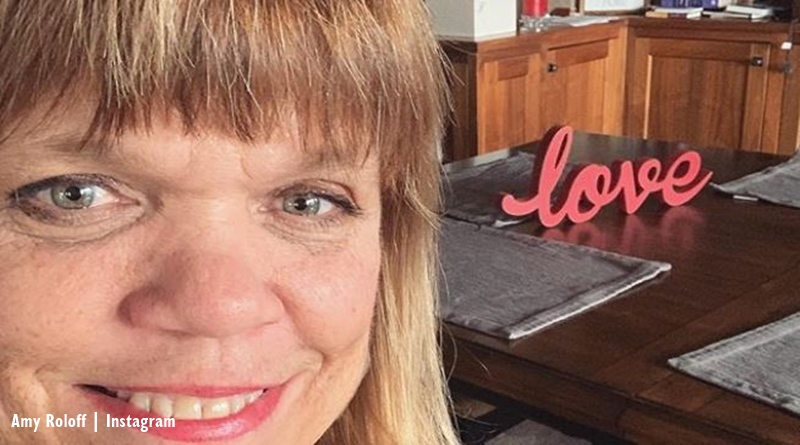 Little People, Big World fans just love Zach and Tori Roloff’s little boy, Jackson. So too does his grandmother, Amy Roloff. She got to babysit her “favorite grandson” on Thursday and was so thrilled about it, she went over to Instagram to talk about it.

In her post, Amy said that Jackson’s her “favorite grandson,” which is cute as she only has one, and that is Jackson. However, Amy also has a grand-daughter, Ember, the child of Jeremy and Audrey Roloff. With two such adorable little ones around, it’s impossible to have one favored over another. Amy’s a really lucky lady with these new little members of her family.

Amy really seems to be enjoying her life these days, with her new man Chris, and Ember and Jackson to brighten her days. She recently returned from a vacation with Chris, and while she had fun, she surely missed baby Jackson. Actually, Jackson suddenly looks more like a little person now than a baby. He’s growing up so fast.

And coming home to hang with my all boy grandson in the ‘grandma room’ that’s all about my grandkids. My heart melts. #mygrandson #grandmalove #amyroloffssecondact

On her Instagram, Little People, Big World patriarch, Amy, showed a cute picture of Jackson. He’s sitting up on a chair, with Amy standing next to him and they both squeezed into the selfie. Jackson’s cute blue T-shirt, their big smiles and sparkly eyes tell us this is a moment to treasure.

Actually, this was a great photo and Amy can treasure it for years to come. In fact, she mentioned just how fast Jackson’s growing up. Additionally, Amy noted, “I so cherish every moment I have with him.” Aww…if only the kids stayed little and cute forever. However, in the real world, they do grow up, and just like his dad Zach, one day, Jackson will hopefully be a daddy himself.

Did a little grandma babysitting today for my favorite grandson 💙. He is growing up so fast. I so cherish every moment I have with him. #grandmalove #mygrandson #amyroloffssecondact #godisgood

Amy’s followers love the photo and the sentiments

Little People, Big World followers really loved the cute picture of grandmother and grandson together. Here’s what some of them had to say about it:

What do you think of the picture that Amy Roloff shared on her Instagram of her “favorite grandson?” Do you think he suddenly looks like a little person rather than a baby?