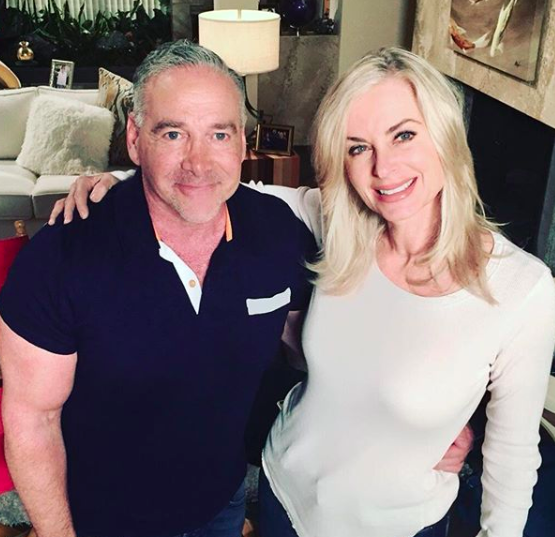 Eileen Davidson wished viewers a heartfelt farewell in September of 2018.  Her character Ashley Abbott left Genoa City and Jabot to create a competitor in Paris.  Davidson appeared on Y&R since 1982. She also made appearances on a few other soaps along the way including Days of Our Lives and CBS sister soap The Bold and the Beautiful. She was a fan favorite. Many enjoyed her appearances on Bravo’s Real Housewives of Beverly Hills and behind the scenes footage of the Y&R set.  Viewers can take heart because she is set to return on March 28 for a two-day stint on Y&R.

Congrats to my incredibly talented amazing husband @VinceVanP_WPT premiering his film Walk to Vegas 1/11/19 at 4:00 at the Palm Springs Film Festival!

What Brings Ashley Back to Genoa City?

When Ashley Abbot last appeared on screens, it seemed she was gone to Paris, never to return. So what brings her back?  It would have to be something big to warrant a return. Many suspect that some upheaval at Jabot is the cause for her homecoming.  With Phyllis in hot water as an accessory to murder, the men of the Abbot Clan are looking to oust her as CEO.  Jack, Kyle, and Billy may be staging a coup, but they should be wise enough to know not to take on a Genoa City woman.  Last guy who tried that ended up dead (or at least that’s what viewers have been lead to believe). This theory does discount the widespread use of proxy vote in matters of business.  Kyle, after all, phoned in his vote just last year.  So perhaps, Ashley is making her return for other reasons.

Back home but missing #roatanhonduras and my “minkey” Coco! But not missing the seasickness! 🤮

It is notable that, Traci (Beth Maitland) will also be making a return at the same time.  Is something juicy cooking for the Abbott family? An event of some sort such as a birthday or anniversary?  It seems high time that the family got some attention.  Plotlines have been somewhat Newman heavy in recent memory, with the long and protracted conclusion to the JT murder plotline.  It is high time for the Abbot family to get their due attention.  All Abbots except Kyle that is.  Kyle and his moral backbone of a chocolate eclair could do with a little less screen time unless of course, writers plan on suddenly giving him a bit more maturity.

A Sweet but Brief Reunion

It cannot go without mentioning that Eileen Davidson maintains she has left the show for good.  Statements made this past fall say that she would be willing to return for a party or brief plotline but nothing in-depth, the actress has effectively quit the show.  The back office at Y&R does promise that he return will leave fans reeling.  Viewers will have to savor the little bit of Ashley they can get.

Watch Young and the Restless weekdays on CBS.