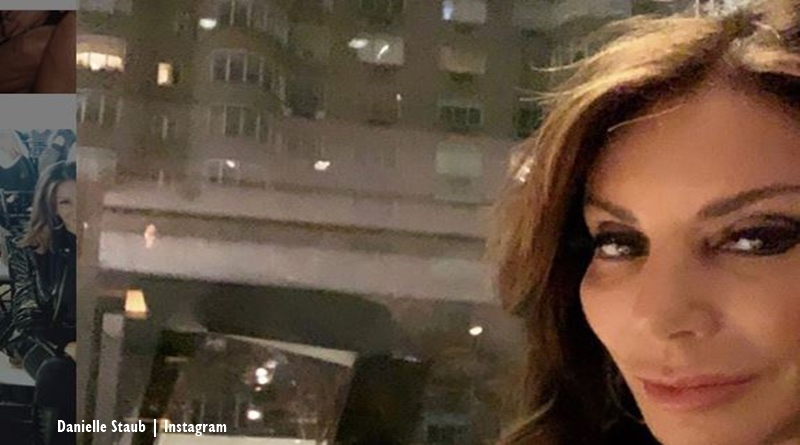 RHONJ fans heard from TV Shows Ace that Danielle Staub “claimed that she had been engaged a whopping 19 times… and that was ten years ago. With her track record, Olivier should be popping the question any day now.” Right on the nail, we hear the news that Olivier Maier and Danielle got engaged on Thursday in St. Barth. After marrying, she’ll be the Duchess of Provence.

People reported that they plan to fly back to the USA over the weekend. They’ll “pick up her ring at Van Cleef…saying their “I dos” on Monday at a ceremony…in New York City.” That’s moving really fast, as Danielle just got divorced from Marty Caffrey a matter of days ago.

Danielle and Marty married on May 5, 2018, on Bimini Island in the Bahamas, which RHONJ fans saw during the season. However,  it crumbled quickly and by August, Marty filed for divorce. The divorce came through on February 21. Now, Oliviers’s ready to take her down the aisle.

According to People, Olivier said that he’s the Duke of Provence, and “his family owns 15 vineyards in the South of France.” Oh, they also own two castles. Their marriage means that Staub becomes a duchess.” Well, she may become a duchess, but someone else was in line for that. Incredibly, Olivier was dating a friend of Danielle and it looks very much like Danielle stole her boyfriend.

However, Olivier gallantly – like the duke he is –  says it’s not her fault and takes all the blame for it. He told People, “If you have to blame it on someone, blame it on me, not Danielle.” He also noted that she “comes from a good family,” and he loves her deeply.

The couple met in October last year and headed into a whirlwind romance. Right now, they come over as dizzy-in-love. What do you think of this high-speed rush to the altar? Do think this marriage will last?

Remember to check in with TV Shows Ace often to stay in touch with news about RHONJ.

‘When Calls The Heart’: Joseph Canfield Explains Why Hope Valley Is Perfect
Update On Nicole Lewis From ‘My 600-lb Life,’ Where Is She Now?
‘Married at First Sight’: Bennett Kirschner Saving the World
Is ‘Making The Cut’ Renewed For Season 2? Heidi Klum, Tim Gunn Have News!
You Can Book A Stay At The ‘Welcome To Plathville’ Home – Here’s How