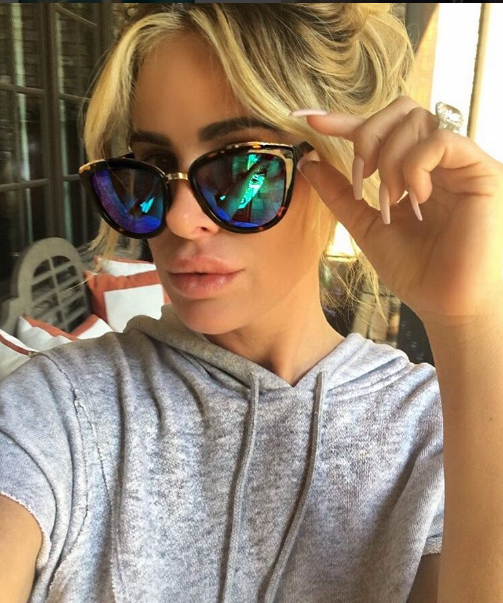 If you’re a fan of Don’t Be Tardy, you know that Brielle, Arianna, and their mom Kim Zolciak have come out with a makeup company called KAB which stands for their three names, The only products they’ve come out with so far has been lip kits and they’re not cheap. However, fans aren’t happy with the way things are being done and they’re all voicing their opinions on their Instagram page. They aren’t very happy about the backlash either.

What has the company been allegedly doing?

Supposedly, the company has been deleting negative comments and the fans also don’t like how they don’t list their ingredients. KAB responded to the backlash by denying all of the rumors. The company stated “We have not intentionally deleted anything, possibly by mistake or possibly the person who wrote it deleted it. We will be more careful in what we consider spam and try to only delete rude comments.” That comment didn’t satisfy any fans, however.

lollipop 🍭 lip kit 😍🧁🍬 this bright fire engine red 🚒 with orange undertones is a total #showstopper 💋 and the ONLY kit that includes a CREAM formulated lip gloss! Available now on KABCosmetics.com 🍬🍭💄

The fans want more from KAB

One fan noted that they had read two bad reviews that were later removed and could no longer be seen. Another fan mentioned that neither of the comments was said in bad nature, they just weren’t positive towards the company. Fans have also showed some anger about them not listing their ingredients. In the companies defense, they are listed on their website and reportedly listed on their products. Customers have also complained about cracked lipsticks and the kits not working as they are advertised.

Kim Zolciak was caught lying about the images she used to promote the lipstick. She used old photos of herself stating that she was wearing the KAB lipstick, but she really wasn’t. She had apologized for that and admitted she shouldn’t have used the old images. So far, no one is really impressed with the way this company is doing anything. You can watch the creators of this brand on their reality show Don’t Be Tardy on BRAVO on Friday nights.