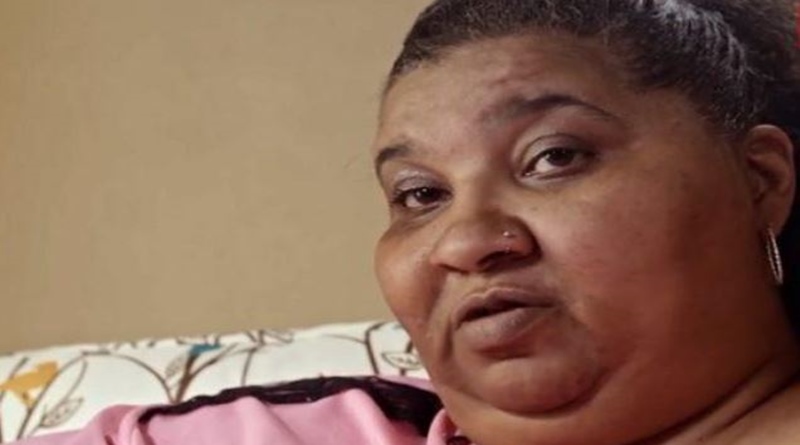 My 600-lb Life on TLC featured Renee Biran last year and she did well enough to finally get her gastric bypass surgery. Since then, she maintained her weight loss efforts but suffered a serious setback when she was diagnosed with Guillain-Barré syndrome. TV Shows Ace contacted her via Facebook to ask if we could update her status, and this lovely woman said, “Yes you can update my fans.”

In March 2018, viewers of My 600-lb Life saw Renee travel to Houston to consult with Dr. Nowzaradan. Fans may recall that she had breathing problems and went to the hospital. Later, her journey showed how she managed to lose enough weight for her gastric surgery, and by the end of her episode, she shed 250 pounds and weighed in at 381 lbs. The last time she weighed anywhere near that was back in her mid-20s. Since then, she said on Facebook that she tackles it methodically, “one pound at a time.”

In January this year, Starcasm reported that Renee Biran “has either been in and out of hospitals for the past four weeks or has been hospitalized for that entire span. Renee hasn’t shared ‘exactly’ what it is that’s got hold of her.” Well, she since confirmed she has been in care while battling Guillain-Barré syndrome. However, she keeps on fighting the fight with her beautiful sense of humor and determination. Her Facebook page is full to the brim with inspirational quotes, down-to-earth humor, and loads of love.

Her brave battle against Guillain-Barré Syndrome

You certainly don’t see Renee groaning and moaning every day about her fight against her current condition. Actually, she could lean on her followers a lot more than she does. But, somehow, she manages to give more back to them than she takes. In fact, this adorable woman seems to have a spirit taller than the trees. As one follower said, “I love you…You always put a 😁on my face.”

What little Renee does say about her illness shows that it came upon her suddenly. When a follower asked her when the Guillain-Barré symptoms started, she replied, saying that she just woke up with it one day. In January this year, asked how she’s feeling, Renee replied, saying, “not to bad. still paralyzed from waste down but arms and hands are getting better. How are you [sic]?”

Update by Renee on her health

After asking if her updates could be shared, Renee spoke about her health a bit more. Actually, she confirmed that she is in a nursing home. She shared on her Facebook page, “I dreaded going to a nursing home for a long time. Had I known I would get such good care I would have come to Grace Healthcare sooner. My therapist all makes me want to try harder. The CNA’s always treat me with TLC and a smile. I am blessed to get such care as I recover from this painful and aggravating syndrome.”

According to Health Line, “Guillain-Barré syndrome is a rare but serious autoimmune disorder in which the immune system attacks healthy nerve cells in your peripheral nervous system (PNS). This leads to weakness, numbness, and tingling, and can eventually cause paralysis.”

In another post, brave Renee also shared how debilitating it all is, as she struggles some days to make her Facebook posts. On another note, Renee mentioned that she still needs to get her excess skin removed. However, she also said, “you know my family didn’t raise no quitter. As Uncle James always said ‘Cant never did nothing.” So, if you feel like you’re having a bad day, then why not check out her facebook posts? If nothing else this brave and beautiful soul will bring a smile to your face.

What do you think about Renee Biran so bravely fighting her battles against her weight and now Guillain-Barré Syndrome as well? Could you give more than you take from your fans and followers in the same situation?

Remember to stay in touch with TV Shows Ace for more news about My 600-lb Life.