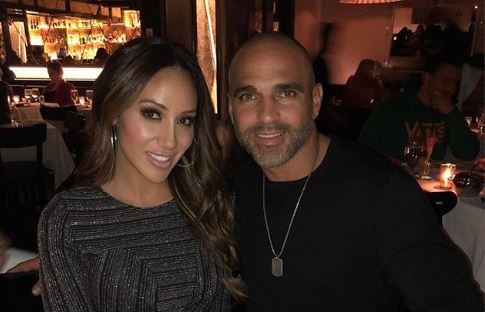 Fans of The Real Housewives of New Jersey know that Joe Gorga makes his money by flipping houses. This is the practice of buying houses, renovating them and selling them for a higher price.

Over the years on RHONJ, Melissa Gorga has attempted a singing career, opened a moderately successful clothing boutique and recently opened a restaurant with sister-in-law Teresa Giudice. Taking a page from her sister-in-law, Melissa also wrote a book. Instead of writing a cookbook like Teresa, Melissa wrote a book about the recipe for a hot and happy marriage.

Teresa’s brother and sister-in-law joined Real Housewives of New Jersey way back in the show’s 3rd season. (Season 9 is winding down with the reunion shows airing in early March.)

Long-time viewers of the hit Bravo reality show know that Joe and Melissa Gorga fight a lot about one thing. This is the fact that she works outside of the home. Joe is a traditional Italian husband who expects his wife to be at home doing housework, cooking meals and waiting on him hand and foot.

Despite Joe’s 1950s mindset on marriage, he is surprisingly supportive of Melissa’s goals and dreams. He even built the boutique retail space for her, as well as their home.

Maybe the reason Melissa works so hard at her dreams is to match her husband’s hard-working attitude. When he’s not flipping houses, Joe holds seminars to teach others the house-flipping business. Tickets to the seminar are a measly $10,000 per ticket.

Melissa and Joe are hoping to land a spin-off, either on Bravo or another network, similar to the home improvement shows that are immensely popular on HGTV.

Dinner with my favorite boys♥️ (antonia had cheer)

The couple recently put the house that Joe built on the market for $3.3 million. Since Melissa is in L.A. frequently for business, she joked that she plans to move there and join Real Housewives of Beverly Hills, another of Bravo’s Real Housewives franchise set in the upscale 90210 zip code.

It remains to be seen if Joe and Melissa do pack up and move to L.A. or build another house in New Jersey. Given that Bravo has recently jumped into the home improvement TV niche, it’s not entirely out the realm of possibility that Joe and Melissa will get their own show.

Or maybe Teresa and Joe Giudice will get their own show about Joe’s upcoming deportation. Your move, Bravo.

Tune into The Real Housewives of New Jersey on Bravo for the all the table and house flipping fun!

‘Bringing Up Bates’ Fans Confused: Was Season 10 Cut Short?
Ready To Ride Into The Sunset With Hallmark’s ‘Taking The Reins’?
Kendra Duggar Pregnant Again?! Caldwell Family Drops Clues
‘Real Housewives’ Star Continues To Be Dogged By ‘Cult Leader’ Claims
Kaitlyn Bristowe Reveals What It Was Like Working With Michelle Young