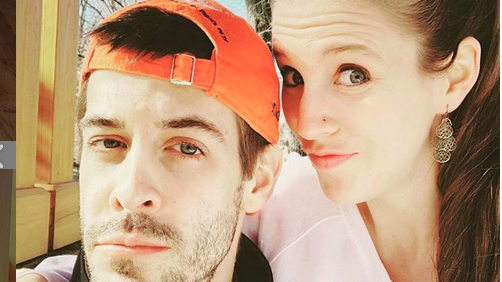 Derick Dillard has a history of causing trouble on social media. He often makes hateful or controversial comments. Fans are quick to call him out for these remarks.

Why is Planned Parenthood not on here? https://t.co/5ePuTiXcKd

In his comment about the hate groups, he asked, “Why is Planned Parenthood not on here?” This easily provoked a lot of replies from his followers. It’s obvious that he’s speaking out against abortion, which the Duggar family strongly opposes.

Some of the replies were on Derick Dillard’s side though. Someone said, “But their main business is abortion which is killing an innocent child. The Lord hates the shedding of innocent blood.”

Whenever Derick Dillard posts about controversial issues like this, he gets a lot of backlash. Plenty of fans call him out for comments like these. This isn’t the first time that he’s posted about touchy topics on social media.

What else has Derick Dillard said on social media?

In one Instagram post about his young son, he said that he was “training him young.” This caption made for some pretty upset fans. This is mostly because it sounded like Derick Dillard was training a dog and not raising a child.

One of the best-known situations that he got himself into on social media was with Jazz Jennings of I Am Jazz on TLC. He sent out a tweet that said, “What an oxymoron… a ‘reality’ show which follows a non-reality. ‘Transgender’ is a myth. Gender is not fluid; it’s ordained by God.”

As a result of this tweet directed at Jazz Jennings, Derick and Jill Dillard were removed from Counting On. This hateful tweet ended up costing the family their gig on reality TV.

In addition, he sent out this tweet about Nate Berkus and Jeremiah Brent.

What a travesty of family. It’s sad how blatant the liberal agenda is, such that it both highlights and celebrates a lifestyle so degrading to children on public television as if it should be normal. https://t.co/xicRm1nsW7

All of the Duggars are under constant scrutiny, especially on social media. Derick Dillard does tend to get quite a bit of hate on his posts because of his reputation. It’s actually a pretty big deal if he doesn’t end up with any hateful comments.

It’s safe to say that fans aren’t necessarily surprised when Derick Dillard starts making hateful comments on social media. You might think that he would start being more careful, but he hasn’t yet. Who knows if that time will come?

Be sure to check TV Shows Ace often for more Duggar updates! Don’t miss the rest of the Duggar family on TLC’s Counting On on Monday nights at 9/8c.