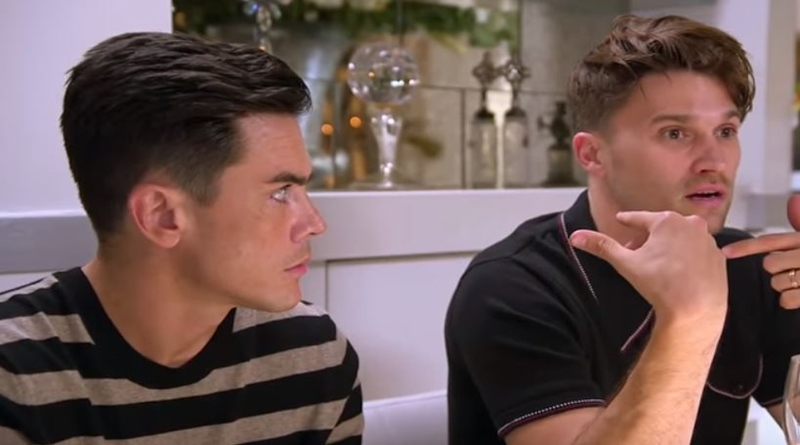 Vanderpump Rules aired Monday night and Tom Sandoval and Tom Schwartz got some lessons in cocktail mixing. The two Toms of TomTom Bar, probably took this a bit wrong as they consider themselves great at what they do but underappreciated.  Nevertheless, some fans jumped in to defend them on Twitter.

Lisa Vanderpump (LVP,) presented the rather unwelcome news to the two Toms that a mixologist would be coming in. Apparently, the lady known as Sly Cosmopolous knows her stuff, which hints maybe they don’t. Anyway, the cocktail menu’s getting an overhaul and it’s all going to be perfect after she hits them up with some ideas. Vanderpump Rules fans who agree that the two Toms have something to beef about got ready to pounce on LVP over that. Over on Twitter, the trigger fingers itched to text something.

Fans of Vanderpump Rules know that Tom Sandoval and Tom Schwartz feel they really are just faces of the bar and never got any real input. However, fans of the bar seem happy with their inventiveness and classy cocktails and seem to like the two guys. In a way, the segment all came across rather as though Lisa Vanderpump wasn’t mentoring, but bossing. At least, to those fans who love to hate her.

Fans overreact to the cocktail mixer

The mixer expert with a name like a glossy magazine proceeded to give the Toms their tutorial under the watchful eye of Lisa, her daughter Pandora, and husband Ken Todd. Taking her time, she tested some of their drinks but didn’t look over-enthusiastic. That’s when fans of Vanderpump Rules jumped in with both boots over on Twitter. One person said that they felt that Lisa was “kinda sh*tting on them…as Tom and Tom are so creative with their drinks.”

Angry, another follower tweeted, “What is heartbreaking is you led Tom & Tom to EVER think they would be a part of the new place! You have literally NOT let them be involved in design, decorations, drink machines & NOW don’t want their drinks on the menu…..Why put them through this? Your power trip is sad.” Another Vanderpump Rules follower said, “I kinda am on their side though… I hope they get a drink on the menu.”

lol guess your tweet came too soon since ten of their drinks were approved as it showed towards the end of the show. Oh, and I am calm, with facts. And, you're welcome for the update.

Towards the end of that segment, and after the tweets, Sly actually did say that she liked ten of their drinks. One LVP fan pointed out that in fact, they do have Tom and Tom drinks on the menu after all. Actually, that’s probably just as well for Tom Sandoval, who said to the other Tom that if Sly wasn’t keen on their drinks he would probably leave. Mind you, where could he possibly go, unless Lisa gave him a job back at SUR?

What do you think of Tom Sandoval and Tom Schwartz getting lessons on cocktail mixers? Do you think the fans were too quick to overreact? Sound off in the comments below.

Remember to stay in touch with TV Shows Ace for more news about Vanderpump Rules.