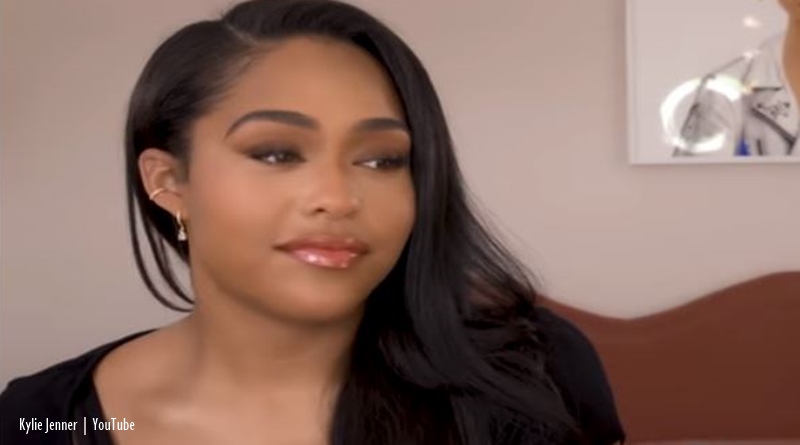 Vanderpump Rules rumors fly around the internet as James Kenney tweeted that Jordyn Woods handed in her resume at SUR. Seriously? We know that Lisa Vanderpump’s not afraid to tackle a big job. Meanwhile, Andy Cohen’s brave enough to post pictures of his baby on social media to get his parenting skills shamed, but Jordyn Woods? That’s a whole different Bravo ball game if the story’s true.

James Kennedy said that Jordyn’s there “at SUR right now.” He then said that he’s “dead” alongside his crying-with-laughter emoji. Well, we cannot say for certain that the facts fit the tweet. However, other similar posts about the news reveal a smidgen of fire to the smoke. One other tweeter did say that she was there but never mentioned any resume.

On the other hand, Hollywood Life reports they tracked down an eye-witness who confirmed that James Kennedy may not be blowing smoke. Actually, James was tweeting from Arizona as he’s away for a gig, but possibly one of the SUR staff sent him the news.  According to Hollywood Life, “Jordyn was at Lisa Vanderpump‘s famed West Hollywood restaurant looking for a job on February 21 — not having dinner.”

WAIT! @jordynwoods is at SUR right now handing in her resume 😂 I’m dead

Jordyn Woods made the tabloid headlines after allegedly getting a bit too hands-on with Tristan Thompson at a February 17 house party. Page Six noted that a Kardashian furor arose and Khloé has since dumped Tristan, and Kim Kardashian even called her a “single mom” in the aftermath, seemingly confirming the split.” It seems that Kylie Jenner and Jordan are no longer BFFs.

Meanwhile, official cast member of Vanderpump Rules, Billie Lee thought that if Jordyn Woods joined SUR,  she’d fit right in. Of course, that’s in reference to the big Kardashian family scandal. While you might think applying for a job with SUR, and presumably as a cast member of Vanderpump Rules is cheeky, if you can face the Jenner wrath and hold your head up high, you got some serious genes.  Despite all the hype, one Twitter user claims Jordyn was there but not to hand in any resume.

@itsjameskennedy I was at @sur last night #JordynWoods was not there to hand in resume.. she was there for the pasta. #itsallaboutthepasta

Lots of fans of Vanderpump Rules hoped that Andy Cohen, Lisa Vanderpump and Bravo would get Jordyn on the show.  Here’s what some of them had to say about it:

What do you think of the rumors that Jordyn Woods handed in her resume at SUR? Is this even feasible? Would it make you watch the show if all turns out to be true? Remember to stay in touch with TV Shows Ace for more news about Vanderpump Rules.