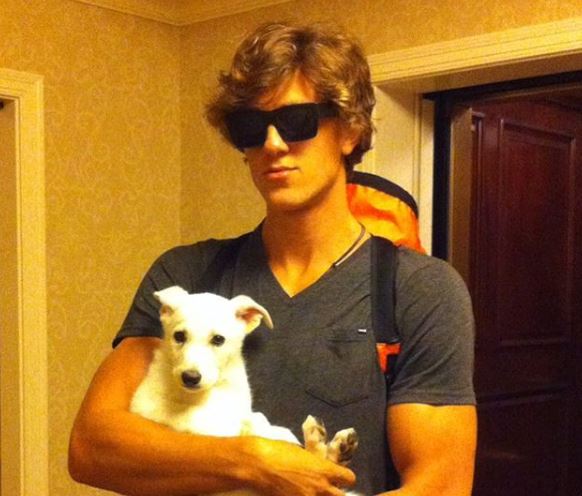 Recently Evan Smith of Temptation Island was a guest on Reality Steve’s podcast. Steve normally posts about The Bachelor, but he has also been posting on Temptation Island this season. Evan Smith, of course, can’t give out all of the spoilers, but he is sharing a lot. Here is what Evan had to say this week.

It turns out that Evan Smith never thought he would do reality television. Kaci brought the idea up to him. This was an opportunity that they decided to go for. Going into it, they knew the concept of the show. Sometimes when people join shows such as Ex on the Beach they don’t really know what they are getting into. They knew “something wasn’t clicking” so they did the show.

Kaci had been telling Evan that he had to propose before her birthday. He felt like that time should be a happy time in your life and not something he was forced to do.

He says that before the show they talked about everything that could happen. As leaving Kasi to go the men’s island, he felt like this was what they needed in their relationship. They would be able to see if they were meant to be. Evan did sign up to do it but never would have done this on his own. They also did set ground rules about what Evan could and couldn’t do.

Things get going with Evan and Morgan

As Reality Steve explained, Evan has always made it clear that he knows what he is doing to Kasi when he is with Morgan. Evan says he never thought that it would be resisting falling for someone. Instead, he expected it to be a bit more about the physical side of it.

Evan explained that they aren’t showing everything like their great personal conversations. It was way more than a physical connection with Morgan for him. He was open with her about everything including the tragedy of his father’s death. Evan said they “clicked on every single level.”

Steve did ask Evan what caused him to go ahead and do so much physical stuff with Morgan after saying he didn’t plan to let it go that far. He admits that he knew what he was doing. Evan also admitted that Morgan had reservations about his intentions as well. Evan called the way they fell in love “magical.”

Are Evan and Morgan from Temptation Island still together?

Of course, Evan can’t share those spoilers at all. The thing is spoilers are coming out. So far, it does look like there is a chance that these two could be dating. He isn’t saying a word about it, though. One thing that Evan did say was “when you know you know.” Hmm, it does sound like that could be a hint. Morgan also did stand out for him from day one of being on the island.

Do you think there is any chance that Kasi and Evan are still together? Share your thoughts in the comments below, and don’t miss new episodes of Temptation Island on Tuesdays on USA Network.