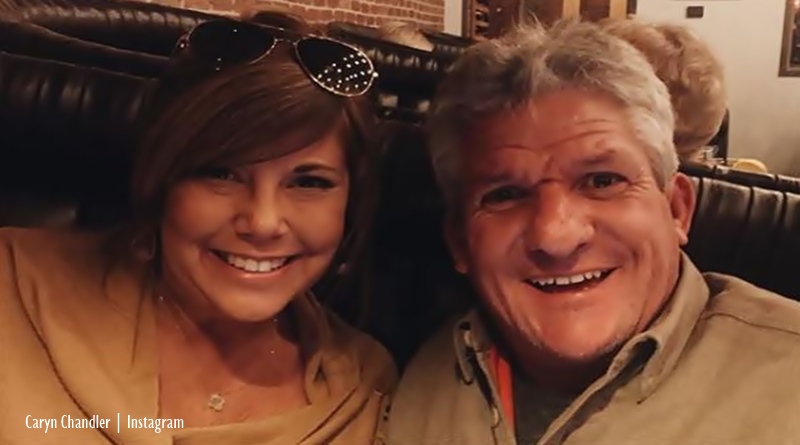 Little People, Big World returns with a new season in 2019. Caryn Chandler, Matt Roloff’s girlfriend’s likely to feature in it and she gave TV Shows Ace an exclusive Q&A interview so fans can get to know her a bit better. Plenty of fans of the TLC show read snippets interpreted from her various social media posts, but few actually know much beyond speculation. Read on to find out a bit of what makes Caryn tick.

Little People, Big World is a reality TV show and has run for longer than 12 years. In fact, the TLC series was awarded a Guinness World Record for “the most episodes of a family-focused reality television show,” a press release said in June last year. It came after the 298th episode in 2017.

However, since then, more episodes were added to the tally. The show highlights the world of little people and the challenges they face. Additionally, it brings a message about resilience in the face of adversity. The popular theme extended into books, notably, Matt Roloff’s Little Lucy, Big Race children’s book. So, it looks like the next season will still pull in viewers. This is your opportunity to get to know Caryn a bit better, ahead of the show.

Matt & I grabbed a bite tonight and tried to plan for Christmas eve / day. 🎄🙈

This guy! I love that he wrote the sweetest children's book. Today Matt will be reading & signing books @ Barnes & Noble Tanasbourne at 4 pm. 📚 Maybe we'll see u there ?! 🙂 @bntanasbourne #littlelucybigrace

Get to know Caryn via her favorite things

Our last day in Maui !! Soaking up these priceless memories – had this pic taken last night.  Zach, Tori, & J are already headed home & we miss them. Til next time … ! 🌺 #maui #hawaii #vacation #love #thankful

On general trivia questions, Caryn said that she enjoys “running, hiking, and shopping” in her spare time. However, her biggest pet peeve is needing to “stop at the store for one item.” If you’re wondering who Caryn’s biggest inspiration is, she says her parents top the list. Meanwhile, she believes her most annoying habit is that she “pouts too long” when she’s “hurt about something.”

Also, we know Matt and Caryn like to travel as the Little People, Big World couple often post up vacation pictures on Instagram. But, where has Caryn never been to that tops her bucket list? Caryn says that “Africa is on both her and Matt’s bucket list.” Finally, in the general trivia category, Caryn said that she would like to be best remembered for being “kind to others.”

Thankful for spending Thanksgiving in Arizona w these beautiful souls. 💛 Wherever u find yourself today … I wish you love & happiness. If u have a chance, enjoy some dutch apple pie. My fav. 😉 #thanksgiving #surprise #arizona #family

Given the choice between two things Caryn prefers, she opted for the following:

Matt has worked really hard this pumpkin season … Glad the weather has been so beautiful. ☀️ @rolofffarms is open tomorrow & next weekend. Friday – Sunday 10a-530p. Make it if u can ! 💛 #rolofffarms

Little people, Big World returns in 2019, but impatient fans need to wait to find out the premiere date. Actually, Amy Roloff, her daughter-in-law, Tori Roloff, and Matt all suggested a spring release. However, even the cast don’t know the exact date TLC will screen the show. In the meantime, hopefully, the interview that Caryn kindly gave us answers some of your questions about Matt Roloff’s girlfriend.

What do you think about the exclusive interview that Caryn Chandler gave? Do you think it was nice of her to share a little bit about what makes her tick?