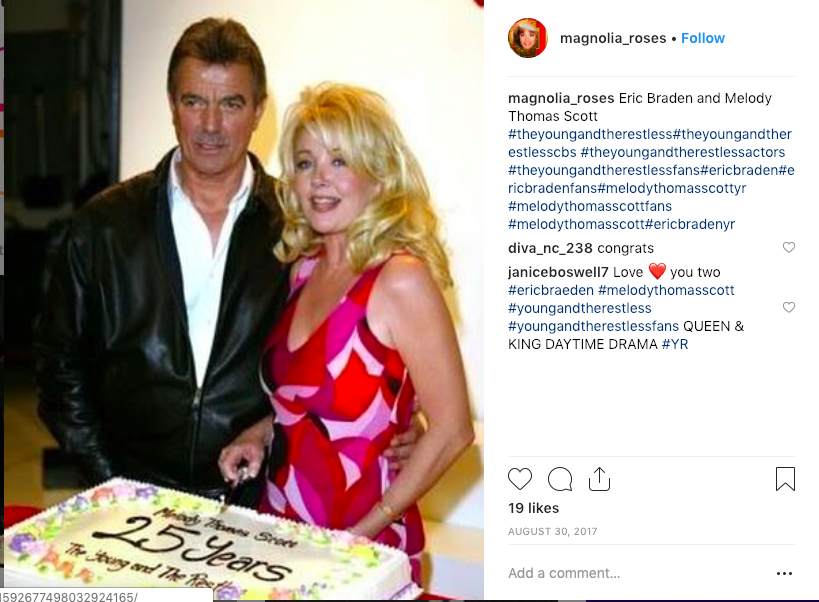 Melody Thomas Scott has been playing the same character on Y&R for 40 years.  Having such a steady gig in Hollywood is unheard of, not to mention the actress hardly seems old enough to have such a long tenure.  Thomas has had quite a few plot twists throughout her storied career playing Nikki Newman. She started her time on Y&R in a cult and currently, she finds herself sitting in a jail cell awaiting trial for murder. Nikki pens a letter to her grandchildren assuring them that she loves them and telling her life story.  It is also the perfect way to celebrate Scott’s work on the show. Let’s take a walk down memory lane, shall we?

Nikki starts her letter, appropriately in her childhood. She talks about her sister Casey and mother, Barbara Ann Reed.  Barbara raised Nikki and her sister on her own. Nikki’s father, Nick Reed walked out on the family when the girls were young.  In spite of her simple upbringing by a single mother, Casey went on to become a doctor. Nikki meanwhile, was less lucky. Nikki found herself troubled by her childhood.  When Barbara Ann died in a car accident, Nick Reed came back on the scene. Nick was simply put, very bad. He tried to assault a young Nikki, and in self-defense, she murdered him.  A plotline that sounds quite familiar, no?

Such a special day celebrating Melody’s 40th!! Amazing speeches and a room filled with so much love & respect! …the icing on the cake was @dougdavidsonyr ❤️❤️ #yr @cbsdaytime #melodythomasscott #congrats #tomanymore

Following her escape from abuse, Nikki finds herself unmoored and susceptible to manipulation.  Along with her friend, Paul Williams she joined the New World Commune. While it was a cult, this seems to be an essential step in Nikki’s healing process.  She then finds herself working on the Bayou as a stripper. While some may carry shame for working as an exotic dancer, it is a memory Nikki enjoys.

Perhaps it is because she met none other than Victor while working in this position.  Somehow Nikki was able to get a diamond tennis bracelet out of Victor before she even kissed him. Ladies take notes. Nikki then goes on to detail the many peaks and valleys of her relationship with Victor, making a note of the time she thought he might be dead.  She signs off her letter wishing her grandchildren the best and reminding them that they will always be in her thoughts and prayers.

It cannot go without mentioning that Nikki’s own life followed a very similar plot to her daughter’s.  With the past trauma Nikki holds from her father’s abuse and his subsequent murder by self-defense, it only seems logical that Nikki would do the same thing when JT became abusive to her daughter.  Her PTSD certainly should warrant leniency in her murder trial. Watching JT was like reliving her past. Nikki might find a way out of jail after all but, perhaps only because of insanity.

Watch Young and the Restless weekdays on CBS.