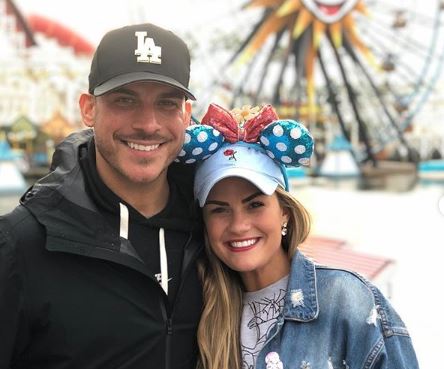 Fans of Bravo’s hit show Vanderpump Rules have followed the course of Jax Taylor’s and Brittany Cartwright’s relationship. They have been through a lot. It started with her moving to L.A. from Kentucky. Then Jax admitted to cheating on her and now the couple is engaged.

It comes as no surprise that planning their upcoming wedding is full of disagreements and strife. According to reports, Jax is reluctant to film their wedding for the show’s eighth season. If the show follows the same schedule, it will air in late 2019 and early 2020.

Regardless of whether either of them wants to film the wedding, they are both under contract with Bravo. Assuming Vanderpump Rules is renewed for Season 8, it’s a good bet viewers will have a couch-row seat to the nuptials.

While the specific details of their wedding are still being hashed out, fans can expect Jax and Brittany to tie the knot in her home state of Kentucky. It’s reported that the newly engaged couple originally hoped to have their wedding in Malibu. However, they opted for a traditional wedding at the Kentucky Castle, close to Brittany’s family.

It goes without saying that the other ladies of Vanderpump Rules will be in the wedding party. Odds are James Kennedy’s invitation will get lost in the mail. It could be never sent at all.

This was our Super Bowl. Lazy ladies. 😴

Jax and Brittany aren’t the first couple to get married on the show. In season 5, viewers saw Tom Schwartz and Katie Maloney get married… after she gave him an ultimatum. Tom and Katie asked co-star and boss Lisa Vanderpump to officiate their wedding and she agreed.

Lisa won’t be officiating Jax and Brittany’s wedding. They decided to have an official religious officiant perform the ceremony, as Brittany and her family are quite religious.

Even though Lisa is fed up with Jax and his antics, she will most likely attend the wedding in some capacity. She has a well-documented soft spot for the bad boy.

Bumps Along the Road

Jax Taylor and Brittany Cartwright first met back in 2015 when they were both in Las Vegas. Viewers only saw occasional glimpses of Brittany when she flew to L.A. to visit Jax. Then Season 4’s big storyline documented her move from Kentucky to L.A. to live with Jax.

In the summer of 2017, Bravo aired a spin-off show revolving around Jax and Brittany called Jax & Brittany Take Kentucky. It has yet to be announced if their summer wedding with air as another second season of their show or the 8th Season of Vanderpump Rules.

Season 7 of the hit show focused on Jax’s admission that he cheated on Brittany with a SUR co-worker. They subsequently broke up after the show had finished filming. Jax’s father died shortly after, causing Brittany and the other cast members to rally around Jax. Whether due to his father’s passing or not (which is a big topic of discussion on the show this season), Brittany took Jax back and he promptly asked her to marry him.

Mickey is our Valentine ❤️❤️

Despite their bickering over the wedding and cheating allegations, Jax and Brittany spent Valentine’s Day 2019 at California’s Disneyland. Co-stars Tom Schwartz, Katie Maloney, Stassi Schroeder and her beau, Beau Clark were included in the trip.

Tune in to Vanderpump Rules on Bravo this season to watch all the drama leading up to the wedding, including a glimpse of Brittany wedding dress shopping. New episodes of Vanderpump Rules air Monday nights on Bravo.